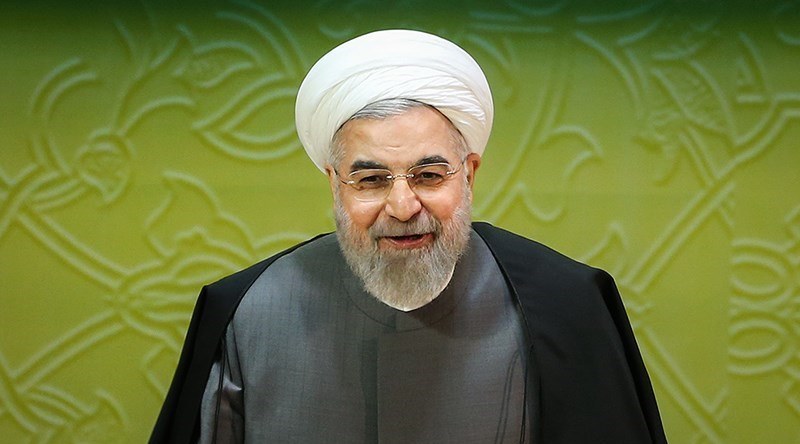 TEHRAN (Tasnim) – Iranian President Hassan Rouhani acknowledged the supportive stances of Supreme Leader of the Islamic Revolution Ayatollah Seyed Ali Khamenei on his administration, a few days after the Leader renewed backing for the country’s negotiators in nuclear talks with world powers.

“The Supreme Leader has always guided and assisted the administration in all arenas, and without his supports and guidance, it was definitely impossible to obtain what has been achieved today,” President Rouhani said in a gathering of clerics in Tehran on Thursday night.

Back on Tuesday, Ayatollah Khamenei reaffirmed backing for the country’s team of negotiators engaged in talks with the Group 5+1 (Russia, China, the US, Britain, France and Germany) over Tehran’s peaceful nuclear program and praised their efforts in the diplomatic negotiations.

Speaking in a gathering of senior Iranian officials in Tehran, the Supreme Leader praised the Iranian negotiators for their “trustworthiness, courage and piety”.

“This team is making efforts in the face of a large number of negotiators of the other sides with national dignity, full vigilance and with the aim of untying the knot and advancing the country’s affairs,” Imam Khamenei announced at the time.

An experienced team of diplomats from Iran’s foreign ministry, along with nuclear and juridical experts, are in talks with the Group 5+1 (Russia, China, the US, Britain, France and Germany), to hammer out a lasting accord that would end more than a decade of impasse over Tehran’s civilian nuclear program.

On April 2, Iran and the Group 5+1 (also known as the P5+1 or E3+3) reached a framework nuclear agreement in Lausanne, Switzerland, with both sides committed to push for a final deal until the end of June.

Ayatollah seyyed Ali Khamenei, Hassan Rouhani, Iran nuclear negotiating team, Rouhani Administration June 27, 2015
Kerry off to Vienna for Iran nuke talks as deadline looms
The Iran deal: A look at what it does and problems remaining