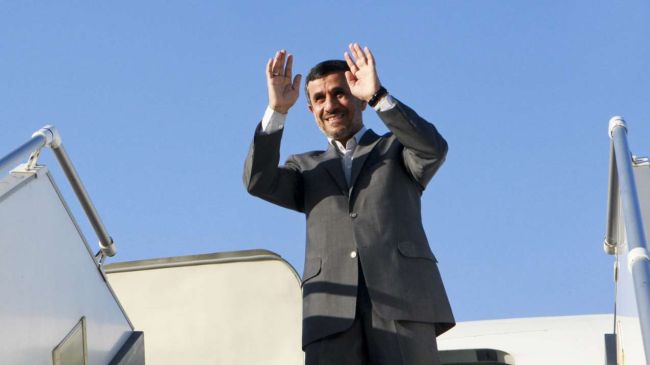 Ahmadinejad has no plan for parliamentary elections

In addition, expressing dissatisfaction over psychological operations against the previous government, Samareh Hashemi denied the news saying that Ahmadinejad has formed a ‘secret government’.

In its first issue, Weekly Tolou-e-Sobh reported on June 22 that Iran’s ex-president Mahmoud Ahmadinejad has formed a ‘secret government’.

Iranians will vote for a new parliament on February 26, 2016, when elections for the Assembly of Experts are also due.