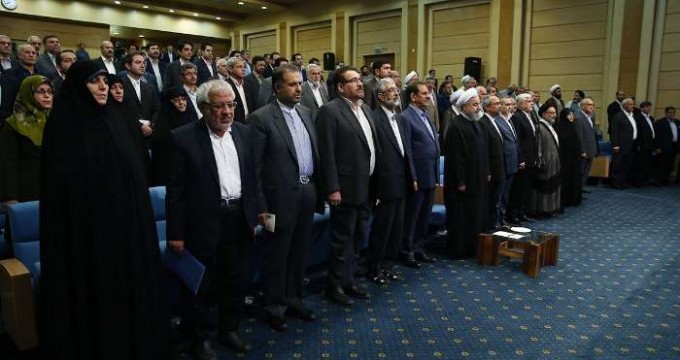 Tehran, June 25, The Iran Project – A number of principlists walked out the Iftar banquet organized by President Hassan Rouhani after Karbaschi’s speech in support of sedition leaders.

Last night, some principlists left President Rouhani’s Iftar banquet where both the members of reformist and principlist parties had been invited.

It came after Gholam-Hossein Karbaschi, the secretary-general of the Construction Party, made comments in support of the sedition leaders and asked for their release.

Unlike last year, President Rouhani invited the two prominent rival political parties – reformists and principlists – one night to get them together in the year of “Harmony and Unanimity’’.