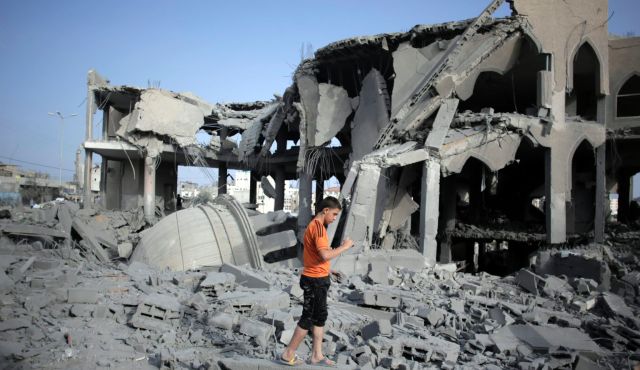 According to Palestinian Ma’an news agency, the files are to be submitted on Thursday by al-Maliki, who is leading and a high-profile delegation to The Hague-based tribunal.

The files were prepared by a 45-member committee, appointed in February by President Mahmoud Abbas, and chaired by PLO negotiator Saeb Erekat.

Nabil Abu Zneid, the Palestinian ambassador to the Netherlands, said earlier the documents describe in detail the Israeli breaches of international law in Gaza and the West Bank.

The new documents will help ICC prosecutor Fatou Bensouda to open a full-scale investigation with a view to pressing crime charges against senior Israeli regime officials.

Meanwhile, Israeli media reports say a team of ICC investigators is scheduled to arrive in Tel Aviv by the end of month to examine reports of Israeli war crimes and crimes against humanity in the West Bank and Gaza Strip.

A view of the headquarters of the International Criminal Court (ICC) in The Hague, the Netherlands (file photo)

The Tel Aviv regime started its latest aggression against  the Gaza Strip in early July 2014. The war, which lasted for 50 days, claimed the lives of over 2,130 Palestinians, including many children and women, and injured some 11,000 others.

The Israeli regime is also pressing ahead with its illegal settlement activities in the occupied Palestinian territories despite a global outcry.

Most countries and international organizations regard Israeli settlements as illegal since the territories were captured by the regime in a 1967 war and are thus subject to the Geneva Conventions, which forbid construction on occupied lands.

More than half a million Israelis live in over 120 settlements across the occupied territories.