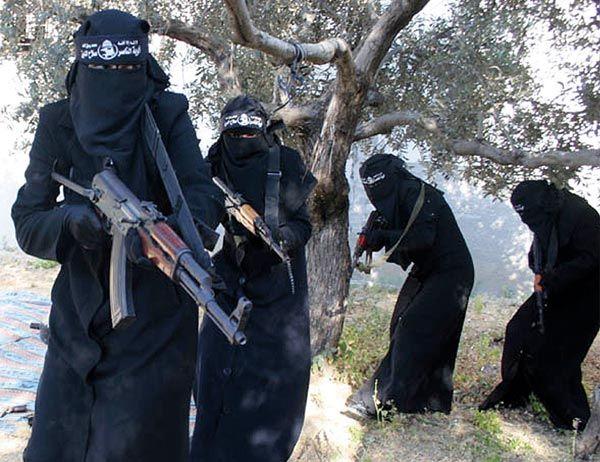 Germany’s Federal Office for the Protection of the Constitution, or BfV, has raised serious concerns over the increasing number of German women who have traveled to conflict-ridden Iraq and Syria to join the ranks of the ISIL Takfiri militant group.

Speaking to reporters in the capital, Berlin, on Wednesday, President of the BfV Hans-Georg Maassen pointed to the growing trend of women under the age of 25 joining ISIL.

He added that an estimated 100 of the 700 Germans now fighting alongside ISIL terrorists are women, and nearly half of them are below 25.

“We’ve seen a rise in the number of women who fall for the increased appeal of the recruiting activities both on the Internet and through direct personal contacts,” Maassen said.

The BfV chief said that the number of ISIL sympathizers in Germany has soared to about 7,500. “The threat is becoming increasingly complex,” he warned.

Maassen also said that about 100 German citizens, who had joined ISIL, died while committing acts of terror either in Iraq or Syria. He further stressed that there are indications the number of German ISIL members killed in fighting has increased considerably since the start of 2015.

Nearly one-third of those who left Germany for Iraq and Syria have returned home, and more than 50 of them went through combat training in their time in the Middle East, the senior German intelligence official said.

In late March, the BfV warned that ISIL lures German girls and women into the group through romantic means, and then marries them off to its militants and, in rare cases, gives the educated ones managerial positions to keep them permanently attached as members of the group.

Maassen said back then that women and girls tempted into joining the Takfiris most often lose their freedom after joining the group, and their passports and phones are confiscated, making them totally lose contact with their friends and families.

The German women who join the terrorist group are psychologically ill, and come from impoverished families with very little formal education, he commented at the time.

European countries have repeatedly expressed concern over the ISIL’s influence across the continent. Authorities fear that the European militants will use their combat skills against their countries upon homecoming.

The Western powers and their regional allies – especially Qatar, Saudi Arabia and Turkey – are arming and funding militants to fight against the Damascus government.

The ISIL militants, who were initially trained by the US in Jordan in 2012 to overthrow the Syrian government, control swathes of land in Iraq and Syria. The terrorists have been carrying out horrific acts of violence, including public decapitations, against all Iraqi and Syrian communities such as Shias, Sunnis, Kurds and Christians.