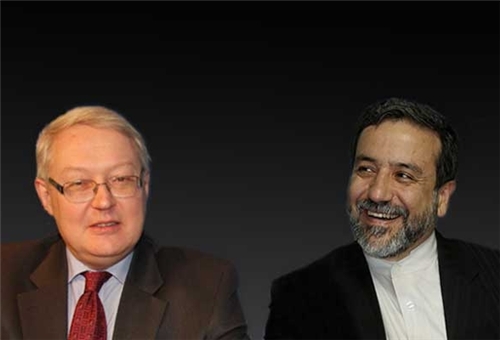 The meeting with Ryabkov took place one hour after the Iranian deputy foreign ministers conferred with EU foreign policy deputy chief Helga Schmidt and US Undersecretary of State Wendy Sherman.

Ryabkov and other deputy foreign ministers of the Group 5+1 (the US, Russia, China, France and Britain plus Germany) travelled to Vienna last week where he met Araqchi and Takht-e Ravanchi and also attended the G5+1 meeting there.

Before departing to Vienna earlier today, Russia’s senior negotiations said that about 90 percent of the draft text of the final agreement between Iran and the G5+1 has been prepared.

Iranian Foreign Minister Mohammad Javad Zarif and US Secretary of State John Kerry will also join the talks on writing the final agreement.