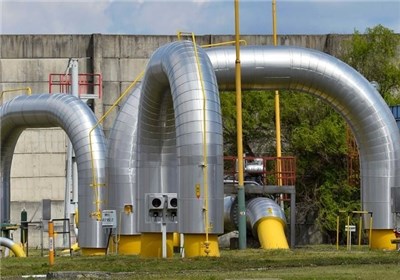 Speaking to reporters in Ankara on Tuesday, Alireza Bigdeli noted that the agreement depicts a promising outlook for energy cooperation between the two neighbors.

Asked about reports by Turkish media that the International Court of Arbitration has handed down a pro-Iran verdict in the case of a dispute between Tehran and Ankara over the gas price, the Iranian official said based on the agreement signed between Iran and Turkey, both countries are entitled to refer to international arbitration over the price of exported gas. “However, as far as I know, the court has not issued its final verdict yet,” he added.

In line with a 25-year contract signed by the two countries in 1996, Turkey imports about 10 billion cubic meters of gas per year from its eastern neighbor. Ankara, however, has filed a case with the International Court of Arbitration on Iran’s gas price, which Turkey deems to be too high.

Last week, head of the international liaison office at the National Iranian Gas Company was quoted by Iranian media as saying that Iran will win the arbitration case filed by Turkey after Ankara’s first attempt was quashed by the International Chamber of Commerce in Switzerland in 2014.

Elsewhere in his interview, Iran’s ambassador to Turkey noted that the Islamic Republic and Turkey have reached an agreement in principle to increase the quantity of Iran’s exported gas to Turkey and have also agreed on a discount on the price of exported gas.

During recent years, Iran, which according to the latest review of world energy by the London-based oil giant, BP, possesses the world’s largest proven gas reserves, has been taking major steps to boost production and export of natural gas by increasing foreign and domestic investment, especially in its South Pars offshore gas field.