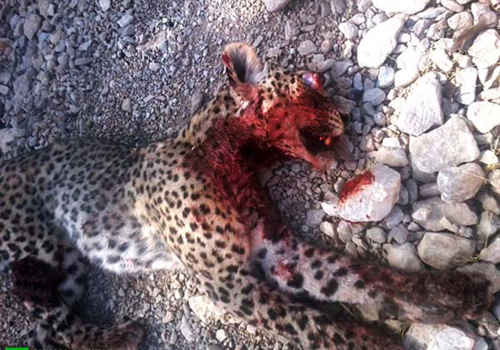 Half-eaten remains of an endangered Persian leopard were found in Sorkhabad Protected Area in Zanjan Province last week, adding to the death toll of the species in Iran.

The remains were discovered by the locals and reported to the authorities, IRNA reported. Reports indicate the remains belong to a male Persian leopard that died 10 days prior to its discovery.

In Iran, primary threats to the Persian leopard are habitat disturbances, followed by illegal hunting and excess of livestock grazing in the leopard habitats.
The leopards’ chances of survival outside protected areas appear very slim. Road accidents also impact their numbers.