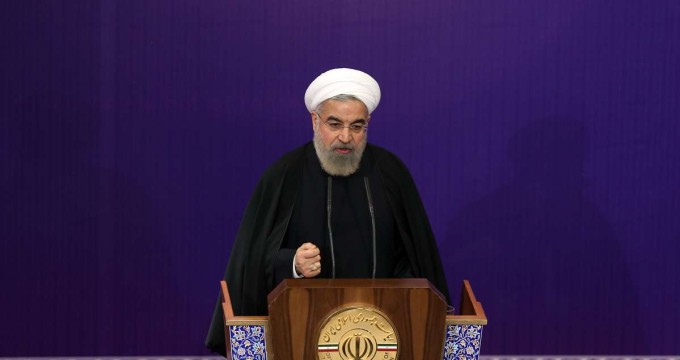 Iran’s President Hassan Rouhani says negotiations between Iran and the P5+1 group of countries over Tehran’s nuclear program have reached a sensitive stage.

“The issue of negotiations relates to the whole country and we hope that we will be able to reach an acceptable and promising result while preserving the nation’s rights and the country’s national interests with the help of the Parliament and support of the [Iranian] people,” Rouhani said in a joint meeting of Cabinet members and lawmakers in Tehran on Sunday.

He added that the nuclear talks between Tehran and the six global powers are one of the Islamic Republic’s most important diplomatic dialogs.

Rouhani emphasized that the nuclear talks have always been based on the guidelines of Leader of the Islamic Revolution Ayatollah Seyyed Ali Khamenei as well as criteria set by the Supreme National Security Council and the Constitution.

Iran and the P5+1 countries – the United States, Britain, France, China and Russia plus Germany – are holding extensive talks to finalize the text of a possible deal over Tehran’s nuclear program by June 30.

The two sides seek to reach a comprehensive final deal based on a mutual understanding on the key parameters agreed upon in the Swiss city of Lausanne on April 2.

“The nuclear talks are complicated negotiations. So, our country’s negotiating team should enjoy all-out support,” the Parliament speaker added.

He expressed hope that Iran and the six powers would manage to reach an appropriate outcome.

Larijani warned against the adverse consequences of distrust among Iranian authorities on domestic issues such as the nuclear case and said, “We currently need convergence more than ever and we should trust each other.”

The meeting came on the same day that Iranian legislators unanimously approved the generalities of a motion requiring the government to safeguard Iran’s nuclear rights.

The text of the motion said any agreement with the six powers should include the complete and immediate removal of all sanctions against Iran “on the day Iran starts fulfilling its obligations.”

Iranian lawmakers added that the International Atomic Energy Agency (IAEA) will be only permitted to “conduct conventional inspections” of Iran’s nuclear facilities within the framework of the Safeguards Agreement, noting that access to Iran’s “military, security and sensitive non-nuclear sites, documents and scientists is forbidden.”

The motion also calls on the Iranian government not to accept any restrictions on the acquisition of peaceful nuclear technology, research and development.