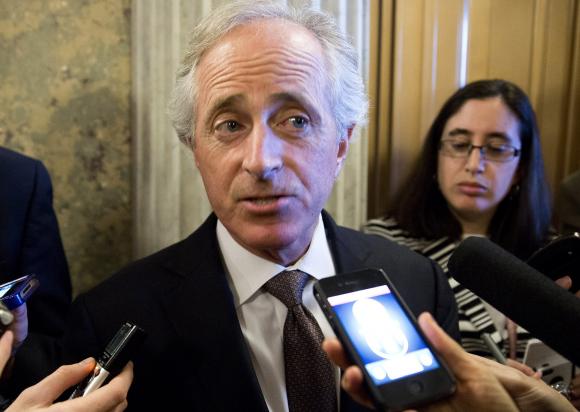 Congress sharpens its knives ahead of Iran deal

Congress is sharpening its knives with just one week to go before the June 30 deadline for a nuclear deal with Iran.

The Senate Foreign Relations Committee holds a hearing June 25 on “Evaluating Key Components of a Joint Comprehensive Plan of Action With Iran.” The hearing comes as Chairman Bob Corker, R-Tenn., this week urged the Barack Obama administration to abandon the talks if a final deal doesn’t include “full disclosure” of past weapons-related nuclear work and “the ability to conduct inspections anytime, anywhere,” two key demands where the administration appears to have retreated in recent weeks.

The Senate action follows a hearing in the House this past week that examined significant delays in the State Department’s enforcement of weapons-related sanctions law against Iran, Syria and North Korea. The hearings in both chambers will inform lawmakers’ actions over the summer as they consider whether to reject a final deal and constrain President Barack Obama’s ability to lift statutory sanctions.