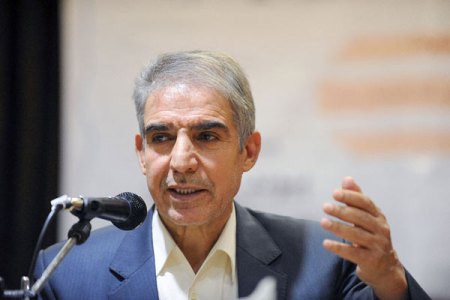 Tehran, June 20, IRNA – Iran officially launched its first official matchmaking website on Monday, which grabbed the limelight from both domestic and international media.

The director of ‘Hamsan.Tebyan.net’ says it will provide a platform for 100,000 singles to tie the knot annually. Ali Akbar Houshmand added that the website helps youths find their potential spouse in a smart manner.

Although no more than a couple of days have passed since the website was launched, it has sparked heated debates.

On the one hand, the proponents have asserted that the website titled ‘Find Your Equal’ could promote marriage and reverse a surge in population fall.

Mahmoud Golzari, a deputy sports and youth minister, says the website could help more than 11 million singles to get married. He also said it has been set up to reduce the influence of 350 illegal matchmaking websites.

The official said the young have increasingly eschewed the tradition of being set up by familial matchmakers.

Golzari stated that Hamsan.Tebyan.net follows up religious teachings contrary to its illegal counterparts.

He said the applicants post their profiles and specify what they are looking for in a potential spouse. The deputy minister noted that the applicants will undergo a number of psychological tests to ensure that they are introduced to the right person.

On the other hand, some critics argue that such websites can only meet the needs of Western nations, stressing that they are not useful in Iran.

Mostafa Eqlima, the head of Iran’s Social Workers Union, said people use such websites to make friends or partners in the West , which runs contrary to Iran’s cultural and Islamic values.

He stated that such an approach is not suitable for people who intend to get married.

Despite such remarks, officials have declared that the newly-launched website is not a dating service.

Meanwhile, some officials believe that the project could bear fruit if seasoned psychologists provide consultation to the applicants.

The Sports and Youth Ministry has announced that the website will use a network of matchmakers – clerics and professionals of good standing in their communities, such as doctors and teachers – to try to pair people off.

Amid such heated debates, singles say they are unable to afford to get married. They say the expansion of such matchmaking websites cannot promote marriage as long as financial problems prevail.

Officials say the website was earlier launched as a pilot project in Tehran and made good achievements. They say 10 percent of the applicants who posted their profiles managed to find their desired spouse.

After several years of successful policies to curb population growth, Iran has begun encouraging young people to marry and have more children. The government fears that an aging population could one day overwhelm its social programs.

Leader of the Islamic Revolution Ayatollah Seyyed Ali Khamenei has repeatedly called on responsible bodies to spare no effort to increase the number of marriages. The Iranian Parliament has also put plans on the agenda to promote marriage.

The government has pledged to increase bank loans granted to newly-wed couples as well.

Currently, birthrates in Iran is below two per woman. Iran’s entire population is about 77 million