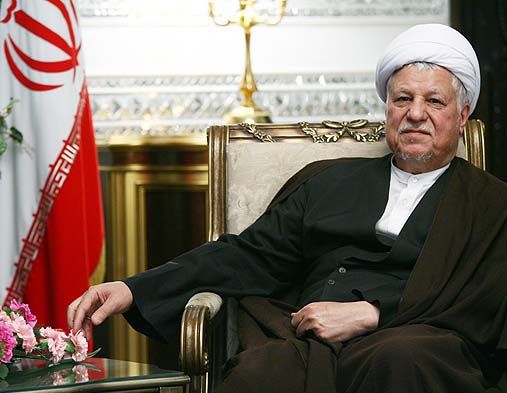 Terrorism will inflame its breeders: Rafsanjani

Tehran, June 17, IRNA – Chairman of Expediency Council Ayatollah Akbar Hashemi Rafsanjani has criticized political and financial supporters of the Daesh terrorist group saying, ‘Breeding terrorism is a fire which will burn its breeders.’

He made the remarks on Wednesday in a meeting with visitng Iraqi Prime Minister Haider al-Abadi in Tehran during which he stressed increasing national unity in Iraq to confront domestic and foreign separatists and plotters.

‘A decisive fight against terrorism and passing through the current difficult security condition is possible by strengthening unity and internal solidarity and using national capacities, specially by relying on popular forces.’

He warned against negative policies of certain regional and extra-regional parties to drown Iraq in a domestic whirlpool and its disintegration.

‘The government and people of Iraq have to abstain from any differences and disputes that can result in the disintegration and dispersion of the people of Iraq. Iraq’s credit lies in its dignity and maintaining its solidarity.’

Expressing his concern over certain domestic trends to weaken Iraq’s territorial integrity and its national sovereignty, Rafsanjani said, ‘Such sinister whispers can be a prelude to Iraq’s disintegration which has been on the agenda of the global arrogance after the fall of the Ottoman empire.’

Rafsanjani also said that those who oppose solidarity and unity in Iraq, are the common enemies of Shiites, Sunnis, and Kurds.

He reiterated the political determination of the Islamic Republic of Iran to support the legitimate government in Baghdad in its march through difficult political and security condition.

He added, ‘An Iraq enjoying security stability and along the direction to economic development is the best choice in Iran’s neighborhood. The governments of the two countries have to cooperate and plan increasing of their relations in various fields.’

Rafsanjani said terrorism is a serious problem to the regional countries and condemned those that are supporting the terrorist group of Daesh.

The Expediency Council chairman also said common Islamic culture and historical background are binding spots of the two nations of Iran and Iraq.

Al-Abadi for his part hailed the effective steps taken by Ayatollah Rafsanjani to deepen bilateral relations, and said, ‘We still expect to use your valuable experiences for reconstrution of Iraq.’

Iraqi premier also said that Iran’s cooperation and humanitarian assistance with the people and government of Iraq has alleviated their pains.

‘We will remain grateful to Iran for ever,’ he added.