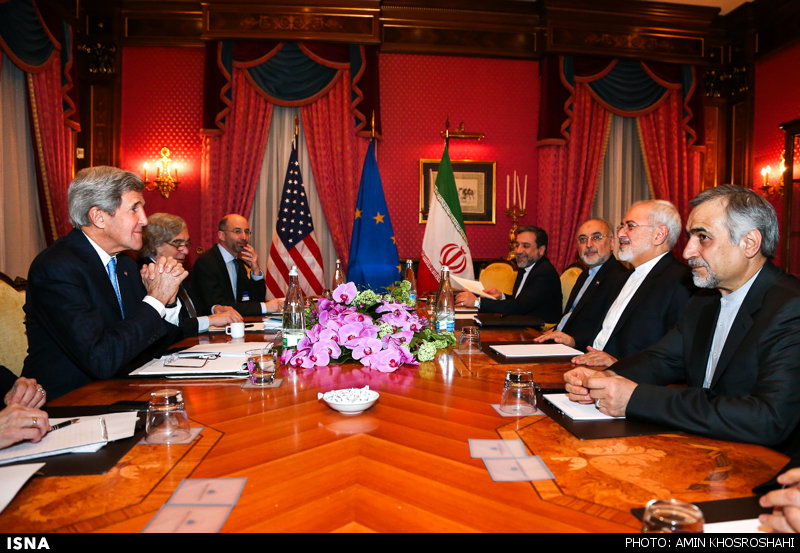 Iran will get too much

Once Iran learned how to make a nuke, there wasn’t much chance for a really good and reassuring deal on the nuclear issue. The agreement being negotiated now may well be the least bad of the terrible options available to slow Iran’s nuclear program. But we should be clear-eyed about what else we may be getting from this deal: a richer and stronger Iran, one pushing for a Middle East more hostile to the U.S.–and one that will still retain the capacity to build nuclear weapons.

It’s the cruelest of ironies that this issue is now the pathway offering Iran a way in from the cold. It would be fine if the agreement could truly end Iran’s ability and motivation to have a nuclear-weapons option. But it hardly lays to rest those concerns.

Iran will agree to what will likely be a smaller, more easily monitored nuclear program. But there can be no real assurance, let alone guarantee, that this will be the “forever” deal Secretary of State John Kerry referred to. What is guaranteed–what will be the new normal in the Middle East–is that Iran will emerge as a state with the right to enrich uranium and continue R&D while maintaining some nuclear infrastructure. Iran has played us and its card well, profiting from sanctions relief without abandoning its nuclear-weapons aspirations, let alone its repressive policies at home or its expansionist aims abroad.

The Obama Administration argues that regardless of Iran’s behavior in the region, constraining Tehran’s nuclear program is important in its own right. But Iran is not Japan, a nuclear threshold state that respects international principles. It’s impossible to separate the nuclear issue from Iran’s regional aspirations. Keeping the world on edge about Iran’s nuclear-weapons capacity and ensuring that the U.S. remains an adversary are still vital for the regime’s survival–and this agreement isn’t going to make Iran a moderate anytime soon.

The nuclear deal will bring Iran money and legitimacy in a turbulent region. Iran has influence on just about every issue the U.S. confronts in the Middle East: Syria, Iraq, Lebanon, ISIS, Yemen. And while Tehran is prepared to cooperate when that serves its interests, its view of the region is not Washington’s. Far from constraining Iran’s power, the deal may well enhance it as it directs more resources to its Iraqi Shi’ite, Yemeni Houthi, Syrian Alawite and Hizballah allies and surrogates. And the opening to Iran has alienated Saudi Arabia and Israel, U.S. allies who fear Iran’s rise.

Were there alternatives to the deal? Tougher sanctions and negotiating? A more compelling threat to use force or more aggressively confront Iran’s allies? We’ll never know. The deal may succeed in slowing Iran’s nuclear program. But sooner or later, some future U.S. President is bound to confront a richer, stronger, more influential Iran, one with nuclear weapons still within its reach.