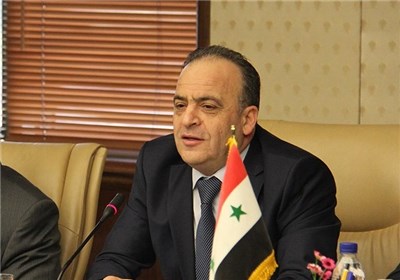 “Over the past five years, Syria has been the target of numerous plots aimed at destroying the infrastructure of the country,” Khamis said in a meeting with the representatives of Iranian firms working in the Arab state.

“One of the plots of Takfiris (extremists) was destroying Syria’s electricity industry and they were partly successful,” he said, adding that Damascus is going to revive and protect the industry.

“A budget of up to 12 billion euros has been allocated for the construction of power plants, transmission lines as well as other projects by 2020 and the Iranian private sector companies can have broader presence in the development projects of Syria,” he stated.

Syria has been gripped with civil war since March 2011. According to the United Nations, more than 220,000 people have been killed and one million wounded during the conflict.

Tehran rejects foreign intervention in Syria and insists that the Syrian nation is the only side that has the right to shape the country’s future.