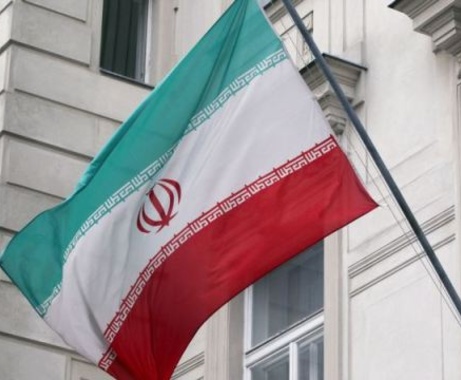 A delegation of 7 members of European Parliament has just concluded its two-day trip to Iran, which was arranged at the invitation of the National Security and Foreign Policy Committee of Majlis (Iran’s parliament).

The EU parliamentary group, traveling to Iran from June 6-7, was headed by Elmar Brok, the Chair of the Foreign Affairs Committee of the European Parliament and included MEPs from different political factions such as the European People’s Party, the Alliance of Liberals and Democrats for Europe and the Progressive Alliance of Socialists and Democrats.

The relations between Iran and the European Union have significantly improved in the past two years since President Hassan Rouhani came to power in June 14, 2013, and promised that he would work for the normalization of Iran’s relations with the West and endeavor to find a diplomatic solution to the nuclear standoff, the main impediment on the path of a durable reconciliation with the EU and the United States.

Since then, several EU foreign ministers, including the foreign ministers of Belgium, Croatia, Denmark, Finland, Greece, Italy, Lithuania, Luxembourg, Norway and Sweden made their first trips to Iran in more than a decade, and new openings emerged for the fostering of Iran’s financial and economic relations with the European Union. There have also been many parliamentary exchanges between Majlis and the legislative groups of the EU member states.

Mr. Eldar Mamedov, a Latvian politician and the political advisor of the Committee on Foreign Affairs at the Group of the Progressive Alliance of Socialists & Democrats in the European Parliament has been monitoring the developments surrounding Iran-EU relations closely. He takes care of the delegation for inter-parliamentary relations between the European Parliament and Iran.

He refers to Iranians as educated and civilized people who have favorable views towards Europe. He told Iran Review that with the chances of a comprehensive agreement between Iran and the six world powers over the nuclear standoff in sight, the European firms have already got prepared for resuming their business with Iran. He also believes that with a unanimous decision of the Council of the European Union, which can be adopted without any hurdles, the EU will be delivering its part of final nuclear agreement with Iran, that is the termination of economic sanctions.

Eldar Mamedov he has worked with the Ministry of Foreign Affairs of Latvia and served as a diplomat in Latvian embassies in Washington D.C. and Madrid.

In an interview with Iran Review, Mr. Mamedov shared his viewpoints about the future opportunities for the expansion of the relations between Iran and the European Union and the importance of inter-parliamentary interaction between the two sides. Eldar Mamedov mentioned to us that his remarks simply reflect his personal opinions and not necessarily those of the European Parliament or the S&D party.

Q: The recent trip made by the 7-strong European Parliament delegation to Iran, including two members of the Progressive Alliance of Socialists and Democrats, was the latest development in the course of Iran-EU relations that have been remarkably on the rise following the election of President Rouhani. Do you think the European Parliament can contribute to the narrowing of differences between Iran and the West, especially on the nuclear standoff?

A: Inter-parliamentary diplomacy is an integral part of international relations these days. Parliamentarians, unlike the executive branch, have a broader leeway in discussing various issues. This creates certain amount of mutual understanding of the narratives and political realities that drive elites on both sides, without necessarily agreeing with them. As a humble witness of a number of recent inter-parliamentary exchanges, I can say that since the delegation of the Socialists & Democrats led by its then president Hannes Swoboda visited Tehran in October 2013, first such visit in seven years, the atmosphere has changed notably for the better. So, I would say these exchanges already have played a positive role, also in discussing issues where we have disagreements, and there is definitely a potential for more.

Q: The European Union is a negotiating partner in the nuclear talks between Iran and the six world powers. Part of the Lausanne framework deal requires that the European Union terminates the application of all nuclear-related economic sanctions against Iran, including the energy and banking sanctions. Does the EU have the legislative and administrative capacity and political will to start terminating the sanctions simultaneously with the implementation of Iran’s nuclear commitments?

A: The joint statement of the EU High Representative for foreign policy Federica Mogherini and Iran’s Foreign Minister Javad Zarif says that the EU will terminate the implementation of all nuclear-related economic and financial sanctions simultaneously with the IAEA-verified implementation by Iran of its key nuclear commitments. Additionally, the US will cease the application of all nuclear-related secondary economic and financial sanctions, i.e. those applied to the third countries having relations with Iran. This is the only valid document that was agreed upon in Lausanne, all the “fact sheets” released afterwards notwithstanding. Unlike in the US, in the EU the process of terminating the sanctions is pretty straight-forward. It takes a decision of the Council of the EU, a body representing all 28 member states, to terminate sanctions. I am pretty confident that the EU will stand by its commitments and implement them faithfully.

Q: One of the missions of the European Parliament’s delegation for relations with Iran established in 2004 is to foster dialog between the Parliament and Iran’s Majlis on such issues as drug trafficking, terrorism, trade and business ties, climate change and human rights. Have there been meaningful and constructive negotiations between the two sides on these areas? In this light, what’s your analysis of the recent two-day trip by the parliamentary delegation to Iran?

A: With each new exchange, more items are being discussed. In the recent past, we mostly discussed nuclear issue and human rights – areas where we have disagreements. But developments in the region have confronted us with a new reality. We both face a ruthless enemy that stops at nothing in implementing its barbarian vision – extremist groups with roots in Wahhabi ideology, such as Daesh, Al-Nusra and others. Iran plays a major role in fighting these groups, and it is obvious that, whatever our differences on other issues, such as the regime of Bashar Assad in Syria, fighting these groups should be a top priority. Daesh and Al-Qaeda are a scourge for the humanity. It is in the interests of neither Europe nor Iran to allow these groups to consolidate their territorial gains in the Middle East and become not just a terrorist, but also a strategic threat to all states in the region and beyond.

As to other areas, there are tentative discussions on possible cooperation. Iran has the world’s largest gas reserves. Europe needs to diversify its energy supplies. Iran, as a stable country in a turbulent region, can offer advantages as both source and transit country for Central Asian gas. Iran is also hugely interesting as a potential business partner for European firms. It’s a big country, with skilful and educated population, located strategically as a gate to South Asia. Already now, expectations in the European business community are quite high regarding Iran. But obviously, first we need to achieve the final deal which would lead to the lifting of sanctions. That would be a green light signal to the European business community. It would also clear the way for cooperation in other areas, because officials on both sides will be able to focus on practical, concrete projects in such areas as environment, water management, fighting drug trafficking, etc.

Q: So let me ask you, as a final question, what’s your prediction for the future of Iran-EU relations? Can the European Parliament expedite the process of the normalization of mutual relations and play a role in bringing Iran and the EU member states closer together in all political, economic, financial and cultural areas?

A: In the long run, I am optimistic about the development of European-Iranian relations. There is a long history of bilateral ties. I’ve also noted a strong cultural affinity Iranians feel toward Europe. We also have common interests, like, as I said, fighting terrorist organizations, among others. This is the basis on which to build a mutually beneficial and respectful relationship. The role of the parliaments in this endeavor is very important: they provide a channel of direct communication between sides and cover the whole political spectrum – conservatives, reformists, centrists, right, left, etc. After, hopefully, the deal is reached, the European Parliament might consider drafting a new report on relations with Iran, which would need to reflect the new situation and outline new horizons for relations. And already now, the European Parliament calls for an opening of a EU delegation in Tehran – so far, there are embassies of 22 individual member states, but not of a EU as a whole. We believe that opening such EU office would be a further step towards normalization of EU-Iran relations.

By Kourosh Ziabari and Iran Review