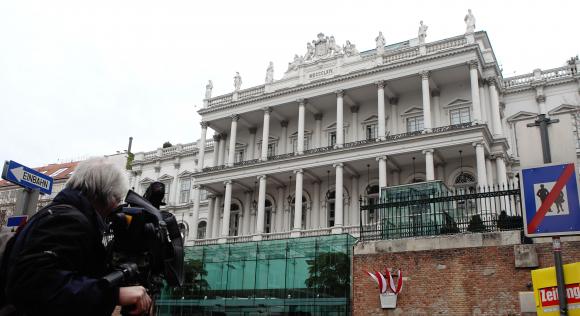 Austria has undertaken special and extensive preemptive measures to secure the venue of nuclear talks between Iran and the P5+1 group of world countries in the face of recent reports of espionage.

Sources close to the Iranian negotiating team said the host country had taken the measures to ensure that the talks’ venue, the Palais Coburg hotel in the Austrian capital, Vienna, was not susceptible to spying inroads, ISNA reported on Wednesday.

The sources said the measures had been taken “following the circulation of the news about spying on the hotel hosting the nuclear talks, which prompted the Iranian administration to protest by sending official notes to the Austrian and Swiss governments.”

Reporting earlier in the month, The Wall Street Journal (WSJ) revealed that a computer virus, widely used by Israeli spies, had attacked the venues of nuclear talks between Iran and the permanent UN Security Council members plus Germany.

The act of espionage was uncovered when cybersecurity behemoth Kaspersky Lab, which had itself been attacked by the virus, tried to find out what the spyware’s other targets were, it reported. Among other places, the search returned three luxury European hotels, which had been hit before hosting talks between Iran and the P5+1 group of world countries – the United States, Britain, France, China and Russia plus Germany — on Tehran’s nuclear activities.

The spyware has been characterized as an invigorated version of the Duqu virus, associated with Tel Aviv’s “most sensitive intelligence-collection operations,” the paper wrote. Accordingly, the Kasparsky report is titled “The Duqu Bet,” Bet being the second letter of the Hebrew alphabet.

Back in March, the WSJ also reported that Israel was spying on the nuclear negotiations, a development, the paper said, senior US officials had found about in 2014.

The sources close to the Iranian negotiator also said, “Prior to entry into Vienna of deputy foreign ministers, specialist teams with the city’s police started special search operations to discover any eavesdropping devices at the Coburg hotel.”

Iran and the P5+1 are in talks to arrive at a comprehensive deal over Tehran’s nuclear program by June 30. Tehran and its negotiating partners have been working on the text of the final deal since they reached a mutual understanding on key parameters of such an accord in the Swiss city of Lausanne on April 2.