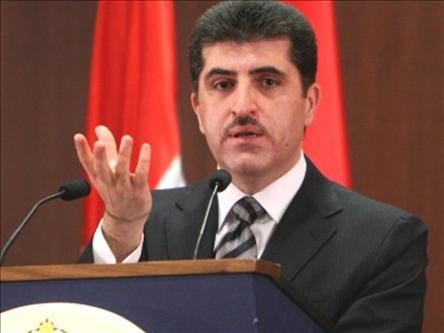 TEHRAN, Jun. 15 (MNA) – The PM of KRG met with Iran’s Deputy FM Ghashghavi and expressed his gratitude for Iran’s stance against ISIL.

According to Albaghdadia News, the two officials exchanged ideas on the pivotal role of Iraq’s Kurdish Peshmerga forces in pushing the terrorist Takfiris further back.

The Iraqi Kurdish official also expressed his concern over the ongoing negotiations of Iran and 5+1, as a matter of prime importance for the anti-terrorism front.

The Iranian Deputy Foreign Minister Hassan Ghashghavi who is in Iraq also referred to the current events in Kurdistan and called for the active role of all members of the world community in fighting against Takfiri ISIL militants and reassured that Iran’s backing Erbil and Baghdad is to the end of the crisis.

The two sides also discussed the extension of trilateral ties of Tehran, Baghdad and Erbil.