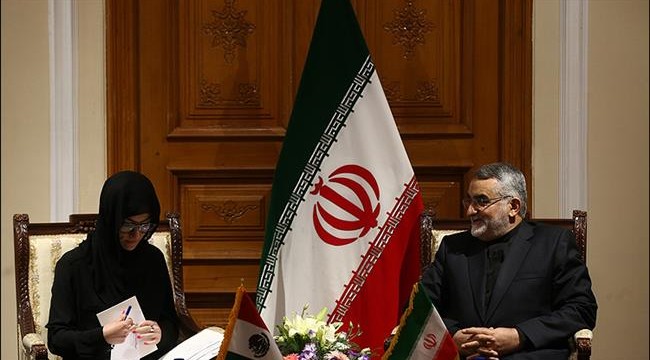 “Iran is determined to reach a good agreement with the P5+1, which would guarantee the Iranian nation’s basic rights to use peaceful nuclear technology,“ said Alaeddin Boroujerdi, the chairman of the Majlis National Security and Foreign Policy Committee, on Monday.

The Iranian MP made the remarks in a meeting with Gabriela Cuevas Barrón, the chair of the Foreign Affairs Committee of the Mexican Senate, in Tehran.

Negotiators from Iran and the P5+1 – the United States, Britain, France, China, Russia and Germany – are holding talks on drafting the text of a possible final deal over Tehran’s nuclear program.

They have been working on the text of a final deal after reaching a mutual understanding on the key parameters of an agreement in the Swiss city of Lausanne on April 2. The two sides are working to reach the final deal by June 30.

The Mexican lawmaker, for her part, expressed hope that the ongoing talks between Iran and the six world powers would protect Iranian nuclear rights, including the right to uranium enrichment, and lead to the removal of sanctions against the Islamic Republic.

She also voiced the Mexican parliament’s support for the negotiations.

Spread of terrorism in Middle East

Touching on the developments in the region, Boroujerdi said the current situation in the Middle East is the result of the wrong policies of the US and its regional allies in supporting terrorism in Iraq, Afghanistan and Syria, adding that terrorist groups have posed a threat to the European countries as well.

Commenting on Saudi airstrikes on Yemen, the Iranian MP said the international community must be accountable for the ongoing crimes in Yemen, which have resulted in the deaths and displacement of a large number of civilians.

Since March 26, Saudi Arabia has been carrying out airstrikes against Yemen without a UN mandate, killing people, including civilians, and inflicting heavy damage on the impoverished Arab country.

On Monday, UN Secretary General Ban Ki-moon called for an immediate humanitarian truce in Yemen, warning that the ongoing conflict in Yemen is transforming the country into a “time bomb.”