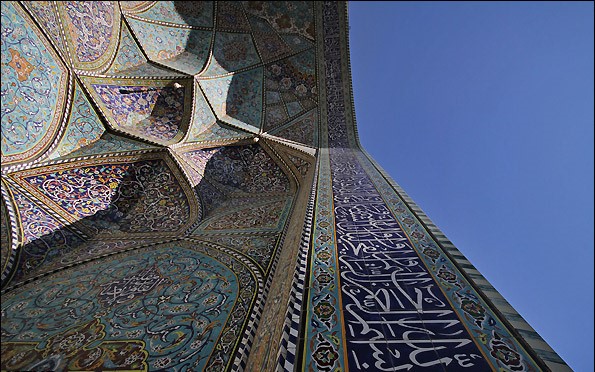 Mohsen Hemmati added, however, the province is more famous for its historical and natural attractions than its pilgrimage sites, Tehran-based English newspaper, Iran Daily, reported.

Describing Hamedan as one of the most attractive destinations for domestic and foreign tourists, Hemmati said, expansion of tourism industry improves the living conditions of people by generating more jobs.

Fatemeh Akhgar, another expert in the field of tourism, said growth of tourism gives rise to better economic and cultural changes, generally.

‘Iran’s tourism has to be propagated more than any other time in history, as it could contribute to the country’s economy,’ she said.

Hossein Akbari, another expert, said that all cities in Hamedan boast of holy shrines.

‘Hamedan is a city with diversity of tourism attractions ranging from ancient and natural sites to holy ones,’ he said, adding pilgrimage sites in Hamedan lack facilities to host large numbers of tourists.

He, however, said investment in faith tourism is highly important, as such types of trips are more affordable for people.

According to experts, access to holy sites needs to be improved, as holy shrines are usually located in far remote villages and on top of the hills.

Hamadan is situated 336 km southwest of Tehran on the slopes of Mount Alvand, 190 km east of Kermanshah and 530 km northwest of Isfahan at an altitude of 1,800 meters. The city is stretched around a star-shaped square named after Imam Khomeini, the founder of Islamic Revolution. Out of this square which has maintained its beautiful architectural style, six avenues diverge from the angles of the star. Hamadan has been developed and renovated to a great extent in recent years and this has gradually changed the city’s old texture. There are still old neighborhoods with nostalgic names in Hamadan besides its large modern streets and beautiful parks.

Hamadan is one of the oldest cities of not only Iran but of the world. Its historical origins date back to several centuries BCE. Hamadan was the Median Empire’s capital before they formed a union with the Persians and also served as the summer capital of the Achaemenid Empire which was then called Ecbatana or Hâgmatâna; meaning a place of assembly. The poet Ferdowsi says that Ecbatana was built by King Jamshid.

Hamadan is one of the cradles of Oriental civilization with legendary background. According to historical records, there was once a castle in this city by the name of Haft Hessar (Seven Walls) which had 1,000 rooms and its grandeur equaled that of the Babylon Tower.

All the nations living around Iran coveted the natural potentials of Hamadan from times immemorial until recent centuries; and have invaded the city several times. First, the Assyrians destroyed Hamadan. It was ruined again and again during the invasion of Mongols and Tamerlane. Finally, in recent centuries, the Ottomans attacked the city several times; but Hamadan heroically stood against the enemies and courageously withstood all the losses it had sustained.

Hamadan is the homeland of great scholars and men of letters like Eyn ol-Qozat Hamedani, Khajeh Rashidoddin Fazlollah, Baba Taher Orian and Mirzadeh Eshghi; and the tombs of Avicenna and Baba Taher are located in this city. Hamadan has preserved its importance in the post-Islamic period.