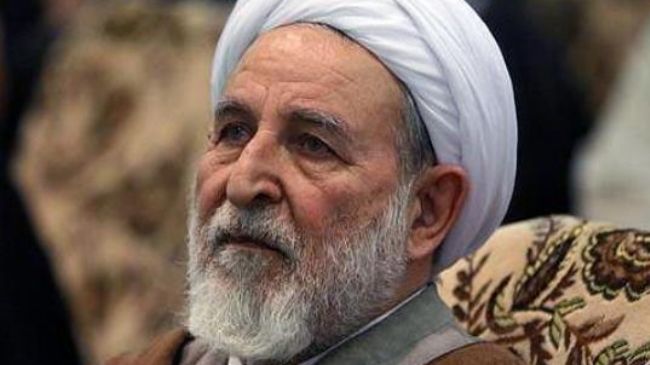 He made the remarks in a meeting with Deputy Foreign Minister Hossein Amir-Abdollahian.

Ayatollah Yazdi expressed concern about menaces of terrorism sponsored by the Saudi government and said that the threat posed by Takfiri terrorists to the region must be eliminated.

He expressed outrage at deterioration of the humanitarian situation in Yemen, calling for an immediate end to aggression on Yemen.

Ayatollah Yazdi called for an immediate ceasefire and lifting siege on Yemeni oppressed people and formation of national unity government based on agreement among genuine Yemeni groups.

Yazdi said that campaign against Takfiri terrorism in Syria and Iraq must proceed strongly by the Iraqi ns Syrian armed forces and people of the countries.

The Iranian deputy foreign minister lauded His Eminency Ayatollah Sistani in the Muslim World and his valuable Fatwas in campaign against terrorism in Iraq.