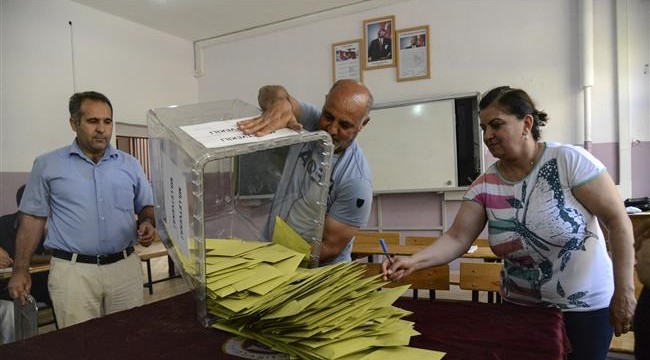 Turkey’s market has crashed after the ruling party suffered a major setback in the country’s parliamentary elections.

The Istanbul stock exchange had a jittery day on Monday with the BIST 100 index plunging 5.67 percent in opening trade.

The country’s currency plunged to a new record low. The Turkish lira dropped 4.0 percent in value to trade at 2.76 lira to the dollar.

As the legislative elections’ results came in showing new changes in the structure of the legislative body, investors sensed instability and started feeling uneasy and took fright at the new political possibilities and future uncertainty in the power division.

The Justice and Development Party (AKP) has won the lion’s share of the vote, however, the long-time ruling party failed to gain the absolute majority it sought. This is the first time since AKP came to power 13 years ago that it has fallen short of gaining majority of the parliamentary seats.

“Official results will be announced in 11 or 12 days,” Guven said on Sunday.

This outcome in votes could either translate into early elections or a minority government coming to power.

In addition, the unexpected results have ruined President Recep Tayyip Erdogan’s scheme to change the constitution and create a presidency republic with him at the top.

“The election outcome failed to clarify uncertainties in Turkish politics,” said Ozgur Altug of BGC partners in Istanbul. “Until the formation of the new government, uncertainty will continue.”

The election results reflect growing concerns for the economy among various groups in the country.