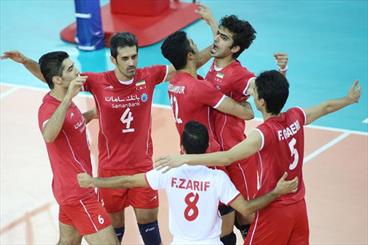 World Champion Poland has defeated Iranian volleyball team 3-2 in a Pool B match of the 2015 FIVB World League.

The Iranian squad managed to win two sets against the hosts at the Hala Sportowa arena in the southern Polish city of Częstochowa on Saturday to gain its first point in the current season of the tourney.

Iran won the first set of the match 25-22 but failed to keep up with the good work and lost the second set to the Biało-Czerwoni with the same score.

Despite Iran’s best efforts, Poland pummeled Iran in the third set 25-16 with massive support from the stands but Iranians took the fourth set 25-22 to set the match up for the tie breaker round, in which Poland downed the Asian champs 15-6.

Currently, Poland sits on top of the Pool B with 10 points from four matches, a point adrift of USA in the second, followed by Iran and Russia both with one point.

In 2014, Poland and Iran met five times with three wins for Poland and two wins for Iran.