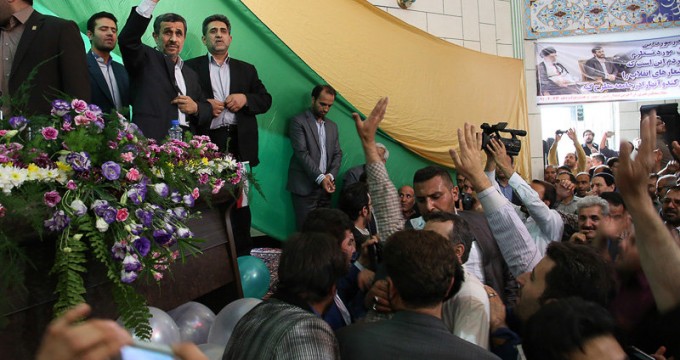 Tehran, June 4, The Iran Project – Iran former president Mahmoud Ahmadinejad have blamed president Rouhani for his remarks, at a gathering in Hamadan on Tuesday.

In a ceremony marking the birth anniversary of the 12th Shia Imam, Imam Mahdi in Hamadan, Mahmoud Ahmadinejad said that arrogant people have always accused the righteous people of using magic as they don’t want the nation to be aware, noting that they will soon be disgraced publicly.

Ahmadinejad’s remarks came after president Rouhani in a speech to governors and provincial governors on Saturday stated that the government has fulfilled its promise of being exceptionable because we are not infallible and added that “fortunately or unfortunately we do not dream, and we didn’t believe in fortune teller or exorcist, sarcastically pointing to the former president remarks during his presidency.