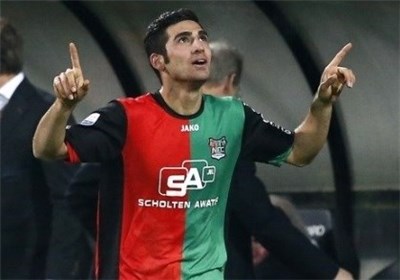 The 21-year-old winger is regarded as an extremely bright prospect in European football, having netted 13 goals and register 18 assists in 31 games this season.

He has played for Nijmegen since the summer of 2013, having spent the previous part of his career in his homeland of Iran, whom he has represented 14 times at international level.

He was a member of Iran football team in the 2014 World Cup and made three substitute appearances, although many believed he should have featured more due to his dynamism and attacking threat.