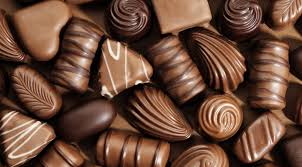 Iran has its own treat recipe for chocolate lovers and clients in more than 100 have a sweet tooth for Iranian candies.

As the supplies are tucked in with great relish, the industry keeps a low profile but secretary of the Chocolate, Sweets and Biscuits Association Jamshid Maghazei says Iran’s chocolate sales outstrip twice its car exports in value.

They account for more than half of Iran’s food industry exports which are estimated at $1.2 billion a year, although new statistics are not available.

Major customers are in the Persian Gulf, Australia, Europe and Japan but the US was the biggest destination of Iranian chocolates and sweets before Washington imposed new sanctions on Tehran.

But the sanctions have not sapped the business and the market count has risen now to 100 from 60 countries when the US intensified sanctions on Iran in 2012.

“Fortunately, the taste and flavor of Iranian food and sweet products is favored and supported by our customers and we have become known for halal food everywhere in the world,” secretary of Food Industries Association of Iran Kaveh Zargaran said.

He made the remarks on the sidelines of an international exhibition for agriculture and food industries in Tehran, titled Iran AgroFood 2015 which opened on Wednesday.

The industry directly employs more than 100,000 people, with many others benefiting in related businesses such as packaging and agriculture.

Iran’s hub for sweet treats is its northwestern Azarbaijan province, with its capital Tabriz, known for trade knack of its residents, housing the country’s best artisan bakers.

Shirin Asal, Aydin, Anata, Baraka and Chichak are some of the household names in Iran and the country’s best gourmet chocolate brands which have a legion addicted to their variety of confectionery sweets and candies and come in non-ending colorful wrappings and diverse tastes.

“Currently, our chocolates and sweets are exported to 100 countries,” he said.