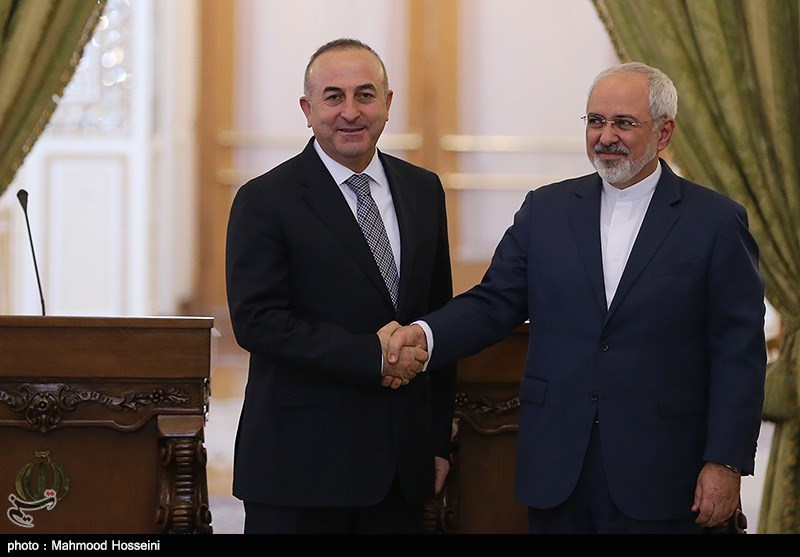 “The Organization of Islamic Cooperation should seriously address this important issue of the Muslim world and bring Yemeni groups to the [negotiating] table to end this disaster,” Zarif said in a meeting with OIC Secretary General Iyad Ameen Madani in Kuwait City, the capital of Kuwait, on Tuesday.

Zarif expressed Iran’s firm determination to cooperate with the OIC, saying Tehran believes that the organization should be sensitive to developments in the Muslim world.

Saudi Arabia launched its military aggression against Yemen on March 26 without a United Nations mandate.

The UN says since March, nearly 2,000 people have been killed and 7,330 others injured due to the conflict in Yemen. However, according to Yemen’s Freedom House Foundation, the Saudi airstrikes have claimed the lives of about 4,000 Yemeni people.

“Terrorism and extremism are common threats to the world and we should witness more serious measures to confront factors contributing to instability and insecurity in the region,” Zarif pointed out.

The OIC secretary general, for his part, praised Iran’s cooperation to help draw up the organization’s plans, particularly for the next 10 years.

In a separate meeting between the Iranian foreign minister and his Turkish counterpart Mevlut Cavusoglu on Tuesday, the two sides discussed the latest regional issues and the critical situation in Yemen.

Zarif and Cavusoglu, who are both in Kuwait to participate in the 42nd annual meeting of the OIC foreign ministers, said the United Nations should immediately dispatch humanitarian aid to people in war-wracked Yemen.

The two top diplomats also called for a tough and constant fight against terrorism and extremism as well as political consultations between Iranian and Kuwaiti officials.

Zarif expressed Iran’s concern over the ongoing regional developments and warned against growing insecurity and instability in the region.

He said the intra-Yemeni dialog can solve the crisis in the impoverished Arab state.

The Turkish foreign minister said his country is ready to exchange views with Iran on regional developments.

He stressed the importance of sending humanitarian aid to the Yemeni people and said dialog is the mere solution to the crisis in the Arab state.