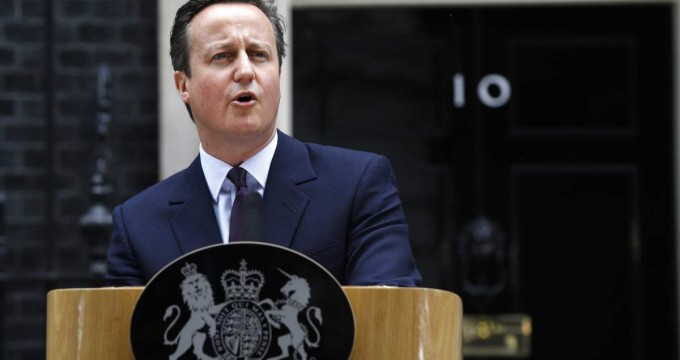 Tehran, May 27, The Iran Project – Unlike the expectations and after a quite tight race between the Conservatives and Labour party headed by Ed Miliband, the Prime Minister David Cameron and his conservative party won the outright majority of seats in Parliament in UK. While the parliamentary election’s final result returns him to the house number 10 Downing Street for another five-year term, it secured him enough 331 seats of 665 in the house of common letting him act without relying on other parties’ vote.

Beside the internal immense challenges the prime minister faces in second term including the issues of Scotland, immigrants, and austerity policies and above all the EU membership, there are some other international challenges ahead. Irrespective of the ISIS related developments in the Middle East; Iran nuclear talks and rebuilding the relationship with Tehran are challenges Cameron has to deal with properly. The followings are some speculations over the potential challenges regarding the relations with Iran.

Although it is far less formalized than that the one in the US, 80 percent of all Tory MPs, including most of the Cabinet ministers, are members of the Conservative Friends of Israel (abbreviated to CFI), as a major part of Zionist lobby in UK. They entirely seek to strengthen the 107-year bilateral ties between UK and Israel, dedicating to enhance the mutual economic, political and cultural relationships. Considering this profound link, the nature of the Cameron’s conservative government decisions over Iran seems far more understandable.

However, there is evidence, indicating the Camron’s effort to persuade the US senators to not approve further sanctions as it may damage the delicate nuclear negotiations.

Although the UK’s position in nuclear talks has mainly revolved around defending the negotiations and opposing “the further sanctions and the threat of sanctions“, there is the worry that the vast influence of the Zionist lobby may undermines the UK pro-negotiation positions in the Cameron’s second term, weakening the Iran’s chance to reach the final nuclear deal with P5+1 group.

UK withdrawal from the European Union

Many British analysts agree that the issue of whether the conservative government wishes to remain an EU member is the huge question Prime Minister Cameron faces during his second term.

Although majority of the Britain’s international partners, particularly president Obama, expressed relief about Cameron’s victory, what they are extremely worried about is that the prospect of withdrawal from the European Union has been brought much closer.

Whether he can convince either the L to stay member or the Union to alter the UK’s membership terms is far from certain, but what is certain will be the major effect it may leave for both the UK and EU’s foreign policy. In better words, the UK’s foreign policy directions is no longer connected to the EU and accordingly the separation may have incredibly vast consequences, shedding doubt both on the future of nuclear negotiations and UK ties with Iran.

Unlike the shaky past in the Iran-UK relationship and the suspension of the diplomatic relations since 2011, the Cameron’s comeback may raise the hope for change. Since taking the office by president Rouhani in 2013 and restarting the nuclear negotiations, efforts by both countries were stepped up to renew the contacts. For the time being, it is the Prime Minister Cameron who has to take the chance to step forward, reopening the embassies in two countries and rebuilding the political relations, but certainly in the condition that he overcomes the above-mentioned internal obstacles.

May 27, 2015
West’s scenarios against Iran not to be limited to nuclear case: Leader
Russia interested in building more nuclear power plants in Iran: Rosatom official