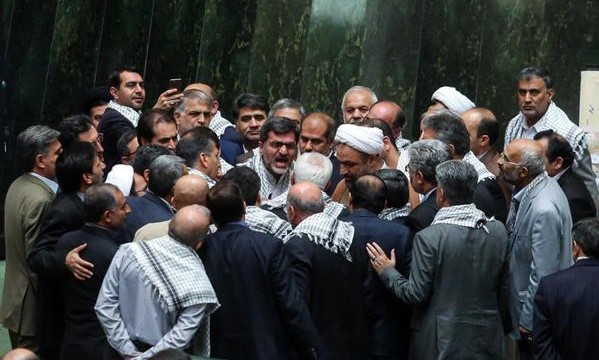 Tehran, May 25, The Iran Project – Some conservative Iranian MPs have blamed Iranian Foreign Minister Mohammad Javad Zarif during a closed-door session of Majlis on Sunday, accusing him of crossing the red lines of the supreme leader regarding the inspection of military sites and interviews with nuclear scientists, Aftab Yazd newspaper reported on Monday.

Iran’s Supreme Leader said earlier that Tehran would not accept “unreasonable demands” by world powers during negotiations over its disputed nuclear programme, and ruled out letting inspectors interview its atomic scientists.

Iranian Foreign Minister Mohammad Javad Zarif and his deputy Abbas Araqchi attended a closed-door session of Majlis on Sunday to brief lawmakers on the recent developments of nuclear negotiations with the P5+1 and clarify the ambiguities surrounding the negotiations. But at the end of the session, hardline MPs heckled the top diplomat and a bitter verbal dispute broke out between them.