A look at Iranian newspaper front pages on May 25

IFP has taken a look at the front pages of newspapers on Monday and picked headlines from 10 of them. IFP has simply translated the headlines and does not vouch for their accuracy.

The appearance in parliament of Foreign Minister Mohammad Javad Zarif and his deputy Abbas Araghchi to present a report on nuclear negotiations with P5+1 dominated the front pages of Iranian newspapers on Monday. The Supreme Leader’s decision to pardon or commute the sentences of 100-plus military convicts also made front-page headlines. A government decision to increase gasoline prices was under the front-page spotlight too.

Abrar: Director of the Environment Protection Organization has expressed concern about the jamming of satellite signals and the ambiguities surrounding the move. 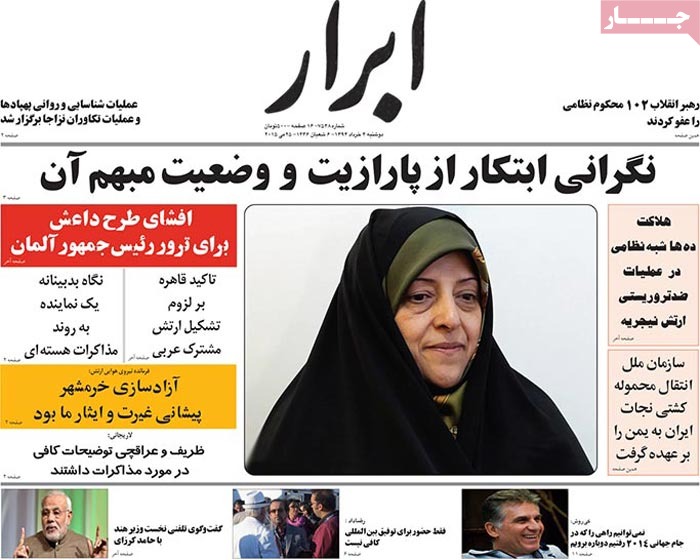 Afarinesh: A senior Army commander has underlined efforts to boost the capabilities of the Army, citing the presence of IS terrorists close to Iran’s [western] border. 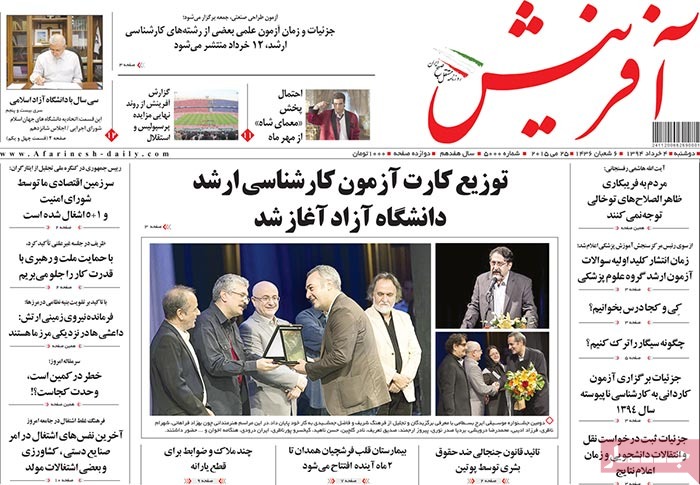 Afkar: “An IS plot to attack Iran has been foiled,” said the commander of the ground troops of the Iranian Army. 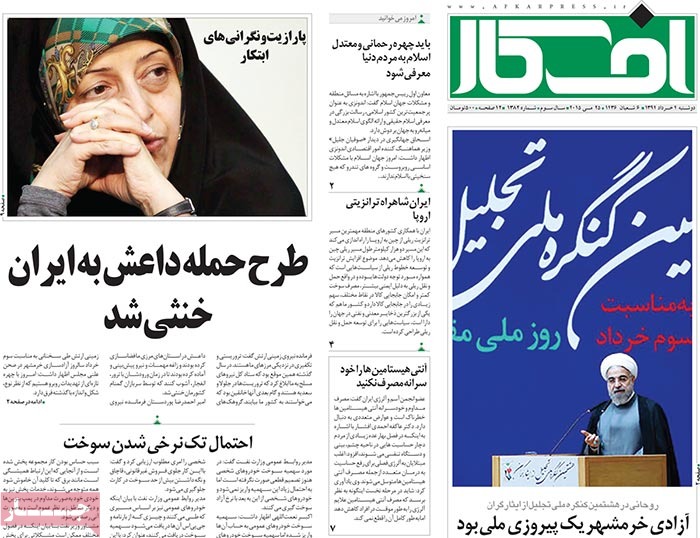 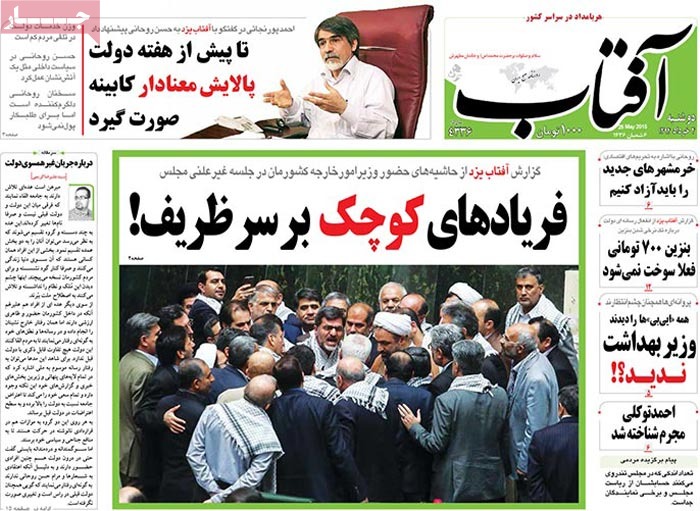 The Worriers [supporters of former President Mahmoud Ahmadinejad who are opposed to every policy of President Rouhani and his administration] heckled the top diplomat as he presented a report to the chamber on nuclear talks.

Arman-e Emrooz: Salehi Amiri, the president of the National Library and Archives, has dropped charges against Ahmad Tavakoli.

[It came after the principlist MP and a onetime presidential candidate wrote a letter to the top librarian and apologized.]

“It was never my intention to accuse Your Excellency of financial or non-financial offenses, particularly plagiarism,” the MP said in a letter of apology. 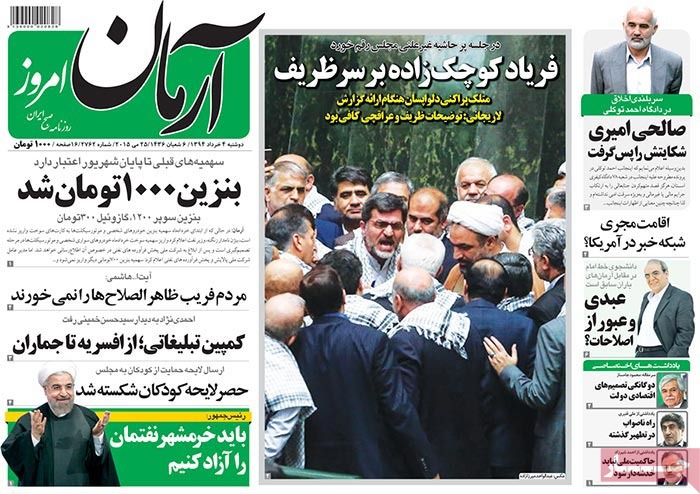 Etemad: Deputy Foreign Minister Abbas Araghchi has said reports that Iran has accepted inspections of its military sites are inaccurate.

The diplomat, who is a member of the Iranian nuclear negotiating team, made the comment after a closed-door session of parliament where he together with his boss offered a report to MPs on nuclear talks with P5+1. 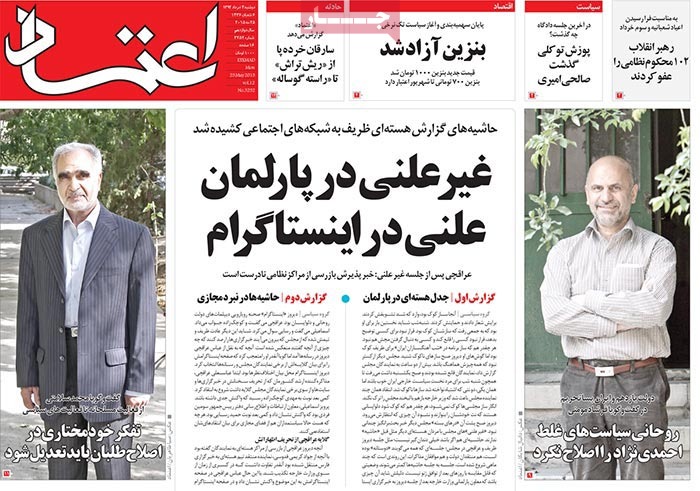 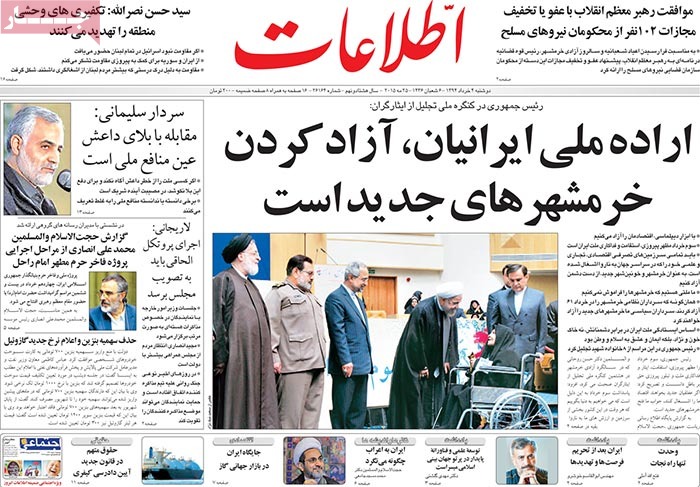 Hambastegi: “The public won’t be fooled by those who only ostensibly seek the expedience of the country,” said Chairman of the Expediency Council Ayatollah Akbar Hashemi Rafsanjani. 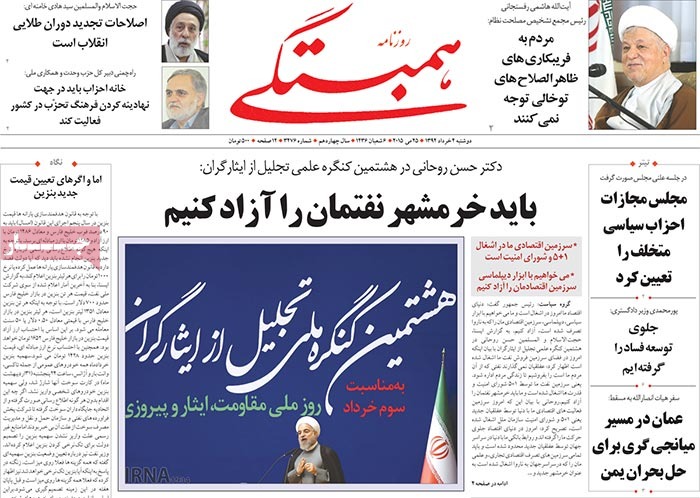 Jomhouri Islami: President Hassan Rouhani has appreciated the services of the families of the soldiers who fell during the Sacred Defense. 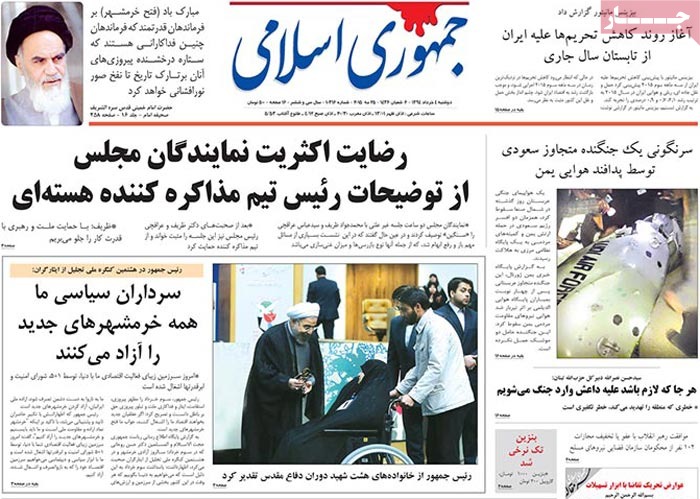 Kaenat: The price of gasoline has increased to 1,000 tomans (almost 30 cents) a liter.

Kaenat: The Supreme Leader has pardoned or commuted the sentences of 102 military convicts. 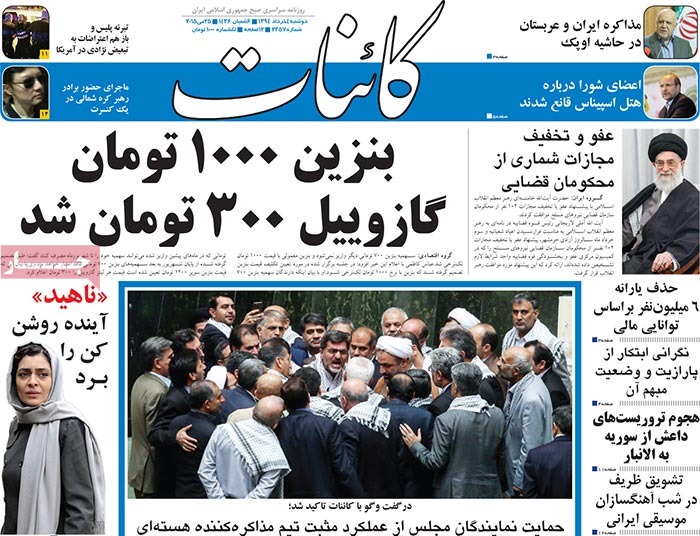