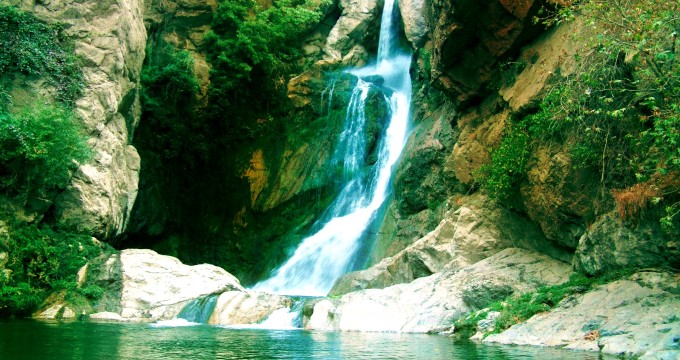 West Azerbaijan Province in northwestern Iran is home to 58 potential tourist resorts and 200 villages, making the province an ideal place for rural (or village) tourism. Despite the interest of the private sector to invest in the province’s tourism industry, the sheer amount of red tape involved has hindered progress.

Shalmash Falls, Lake Marmishoo, Khooshakoo ski resort, as well as the province’s unique cultural diversity are but a few of the region’s attractions.

Add to that long list the region’s climate, and the province becomes an almost irresistible destination for those interested in rural tourism. Investment in this sector can help boost income and create jobs; necessary factors for an economy struggling to get out of a sanction-plagued recession.

Aside from the crippling bureaucracy, lack of advertising, people’s inability to connect with foreign tourists, and the locals’ insufficient knowledge of their region’s history have also exacerbated the problem.

Speaking to Mehr News Agency, head of the provincial office of Iran’s Cultural Heritage, Handicrafts, and Tourism Organization (ICHHTO) Jalil Jabbari said, “Ever since the government pinpointed 58 areas as possible tourist resorts, no comprehensive studies have been conducted in the areas to decide how to move ahead.”

“The red tape involved makes it hard for people to invest, and organizations such as the Department of Environment (DoE) set strict conditions for development of tourism infrastructure.” He did say, however, that he understands the DoE’s concerns.

According to the official, identifying natural and historical tourist attractions in each village is a huge exercise which deters investors. “Developing local economies and helping the province realize its potentials can only be achieved if we make it easy for people to invest here.”

“West Azerbaijan Province is replete with possibilities,” he claimed.

Emphasizing the benefits of investment in the tourism industry, Jabbari said that developing necessary infrastructure will improve quality of life by creating jobs. “This can only be good for the economy.”

Aside from attracting investors, he said that ICHHTO must also try to secure government funding to speed up development projects.

“The governorate of West Azerbaijan has expressed its willingness to help investors and develop infrastructure, and it does not wait for government bodies to make a move,” Jabbari said, adding: “For example, last year the governorate funded the restoration effort of the historical village of Asgarabad Kooh village.”

With 1500 nationally-recognized heritage sites and two UNESCO-listed structures (Takht-e Soleyman and St. Thaddeus Monastery), West Azerbaijan has all the makings of a major tourist destination.

Iran tourist attractions, Iran's tourism industry, Iran's West Azerbaijan Provice, Tourism May 24, 2015
What will become of the Near East after the agreement between Washington and Tehran ?
Iran ranks highest in ME for top universities