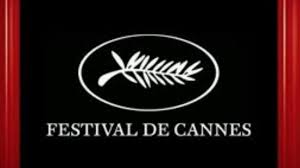 CANNES, France (AP) — Writer-director Ida Panahandeh has made a splash with her film debut, landing in competition at the Cannes Film Festival for “Nahid,” fraught portrait of the byzantine legal complications and social stigmas concerning divorce and remarriage in Iran.

Panahandeh said she was in shock when she got word that “Nahid” was selected for Un Certain Regard, a sidebar competition at the festival.

Sareh Bayat stars in the title role as a small-town divorcee who finds herself navigating a peculiar minefield known as “temporary marriage.” It’s also personal for Panahandeh, who saw the life of a single woman through her mother.

“My mother lost her husband when she was very young and she had to bring up me and my brother on her own, and struggling to earn her life with two young kids,” she said.

The movie has gotten a positive response in her native Iran. Panahandeh said she was gratified by that appreciation, and particularly that from women.

“I felt that women really connected to it, in a very special way. And this is something that was even more striking over here in Cannes, many women after the film had tears in their eyes and men too,” she said. “Probably because in Iran this kind of situation is more random, people know that’s how some women live and here the reaction has been even more emotional.”