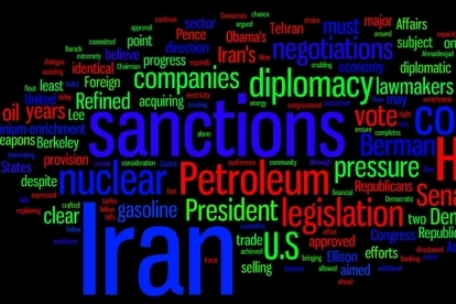 A former architect of unilateral sanctions on Iran has predicted that Washington’s coercive measures will eventually be turned against the US.

Richard Nephew says the “asymmetric advantage” which the US has been exploiting as a superpower is fast eroding and that it is time to rethink.

The former senior official has produced a paper on The Future of International Sanctions in a Global Economy in which he has warned of “serious repercussions for the US”.

“… having created a precedent that targeted sanctions are an appropriate response for all circumstances determined by the United States unilaterally, it is facing similar measures against its own companies, banks, and citizens,” Nephew has argued.

At the White House, Nephew led a campaign to spin the web of sanctions around Iran before leaving the government at the end of last year. As director for Iran on the US National Security Council, he was lead sanctions expert on the US negotiating team at the Iran nuclear talks.

In an interview with the Guardian, he says he had spent “an awful lot of time talking to foreign companies about getting out of business with Iran”.

“And one day a foreign company gets very upset with me and says: How would you like it if our government did the same thing to General Motors? And I thought: That’s kind of interesting. I’m actually not sure what we’d do.”

Nephew has recommended that US policymakers think long and hard about the impact of each set of sanctions they are considering, including “long-term boomerang effects in a multipolar world”, the Guardian said.

“I would always say to my bosses: let’s take a moment and look at the sanctions regimes we have. And if you have more than you have fingers and toes to count then you maybe take a deep breath and decide whether this is the direction you want to go,” he said.

Iran and the US are currently engaged in a grueling set of negotiations, with sanctions being one of the key matters of disagreement.

Iran says any final agreement must include an immediate lifting of the sanctions but the US says they must be withdrawn gradually.