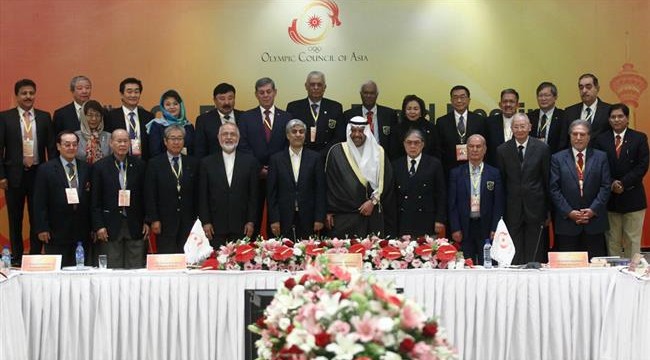 The Olympic Council of Asia has selected Iran to host the upcoming West Asian Games, the OCA president has said.

Sheikh Ahmad al-Fahad al-Sabah made the announcement on Thursday following the 66th OCA Executive Board Meeting in Tehran.

The Games are planned to be held in the Persian Gulf island of Kish in southern Iran while an exact date has yet to be set.

Sheikh Ahmad is scheduled to meet the president, secretary general and members of Iran’s National Olympic Committee (NOC) as well as Minister of Sports and Youth Affairs Mahmoud Goudarzi and his deputies later in the day.

Chaired by Iran’s NOC President Kiumars Hashemi, the 66th Olympic Council of Asia Executive Board Meeting was attended by sports officials from 45 countries.