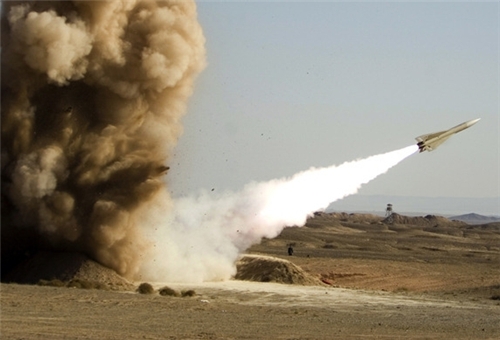 The Iranian Army has launched the first leg of a major military exercise in the country’s western province of Kermanshah.

The first phase of the week-long drill, dubbed Beit-ol-Moqaddas 27, began on Thursday and will continue in two other regions across the country.

Brigadier General Manouchehr Kazemi, the commander of the army’s Western Operations Headquarters, said new sniper rifles and domestically-made military vehicles were tested during the first day of the maneuver.

The drill involves infantry, armored and artillery units as well as elite forces.

Rapid reaction units and the Islamic Republic of Iran Army Aviation forces will also take part in the maneuver.

The troops will make use of new weaponry and tactics designed to counter proxy wars among other objectives.

Brigadier General Ahmad Reza Pourdastan, the commander of the Iranian Army’s Ground Forces, said Wednesday that the drill is mainly meant to test the combat readiness and alertness of the Iranian armed forces.

“Rapid mobility and relocation of forces in the shortest possible time as well as the use of heavy fire power will be among the features of the drills,” the high-profile commander said.

The exercise comes in line with Iran’s efforts to boost the combat readiness of its armed forces.

The country has also conducted other major military drills to enhance the defense capabilities of its armed forces and to test modern military tactics and state-of-the-art army equipment.