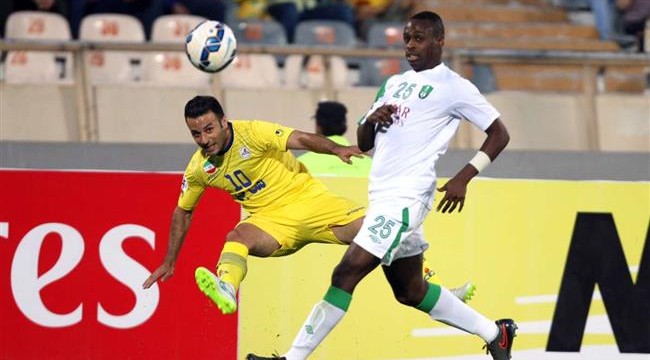 Iran’s Naft soccer team has taken the first step toward being one of Asia’s top 8 teams with a 1-0 win against Al-Ahli of Saudi Arabia in the AFC Champions League’s round of 16.

The Tehran-based team hosted its Saudi rival at the capital’s iconic Azadi Stadium on Wednesday night in the first-leg match between the two sides.

Both teams had some chances in the first half-hour of the match but neither could break the deadlock until the 34th minute, when Gholamreza Rezaei opened the scoring from just outside the 6-yard box after Naft players exchanged a number of fine passes. The first half finished 1-0 for the hosts.

The visiting team was thinking of leveling the score in the second half, with Naft waiting for the right opportunity to double its advantage.

A shot from Naft’s Iman Mob’ali from outside the box hit the post in the 79th minute and Amin Haj Mohammadi failed to tap in the rebound for a potential second goal.

The result remained unchanged until the final whistle was blown by the Japanese referee.

The two sides will meet once again in their second-leg clash, which will be hosted by Al-Ahli on Wednesday, May 27, to determine who will progress to the next round.