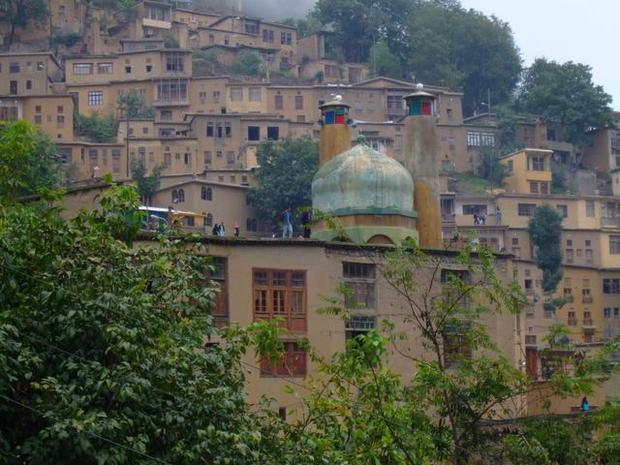 Masuleh village officials are aiming to turn the historical village into a cultural tourism hub, Mehr News Agency quoted the head of Iran’s Cultural Heritage, Handicrafts, and Tourism office in the village Mustafa Pourali as saying.

According to Pourali, meetings are to be held to discuss ways to promote the village’s culture and traditions. “One way is to organize festivals.”

Located in a wooded valley 60 km southwest of provincial capital Rasht, Gilan Province, the thousand-year-old Masuleh village is home to architecturally-unique buildings: the buildings are built into the Alborz mountain range and are interconnected.

Ever since talks of nominating the village for UNESCO-listed status heated up in 2011, restoring and renovating Masuleh’s buildings and monuments became a priority, he said.

“Masuleh is home to a myriad of historical structures that have eroded with time, but not beyond repair,” Pourali asserted, adding that it is imperative to restore the buildings with an eye towards maintaining the structures’ traditional look. “Material used in the original construction of every structure must be used to maintain architectural authenticity.”

Unique Traditions
Pourali voiced concern over the number of tourists who visit Masuleh without any prior knowledge of the village’s rich culture. “It is as though they have no idea Masuleh has its own unique traditions and customs, and this needs to change.”

A common method of promoting a city’s culture is organizing events that become an inseparable part of the city, he said. “For instance – culturally speaking – Isfahan is recognized for its annual International Film Festival for Children and Young Adults.”

Pourali believes Masuleh officials must take measures to pave the way for the village to host festivals.

“During the Iranian New Year holiday season (March 21 – April 4), Masuleh hosted its first Photography Festival with a focus on interior design. The event was a success.”

Beyond Festivals
Establishing a house of handicrafts in Masuleh is another way to attract cultural tourists. “This way, we are able to target specific tourists; artists and handicraft-enthusiasts,” Pourali said.

There are also discussions about repurposing the historical Shokati House into a museum; thus offering more cultural venues to encourage people to spend more time learning about Masuleh’s culture and “less time in tea houses.”