A look at Iranian newspaper front pages on May 13

IFP has taken a look at the front pages of newspapers on Wednesday and picked headlines from 10 of them. IFP has simply translated the headlines and does not vouch for their accuracy.

The controversy surrounding a bill proposed by MPs on nuclear talks with P5+1 dominated the front pages of Iranian newspapers on Wednesday. Some MPs said they were duped into signing the bill and some withdrew their signatures.

Abrar: “Iran maintains a powerful presence in the Gulf of Aden and Bab el-Mandab Strait,” said the commander of the Navy. 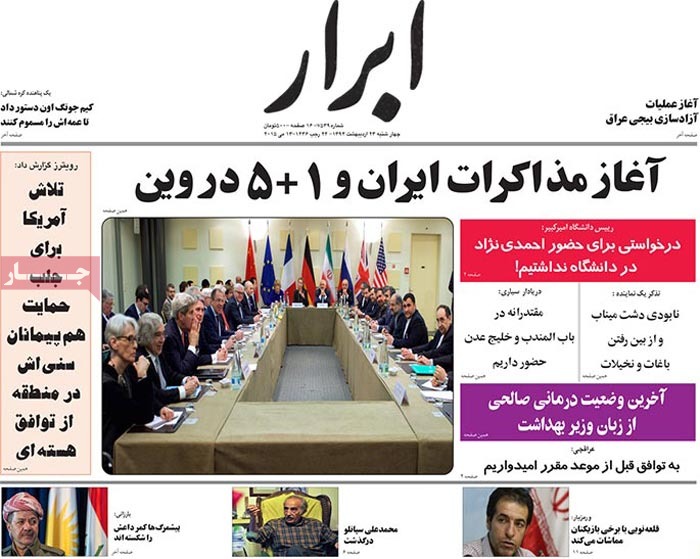 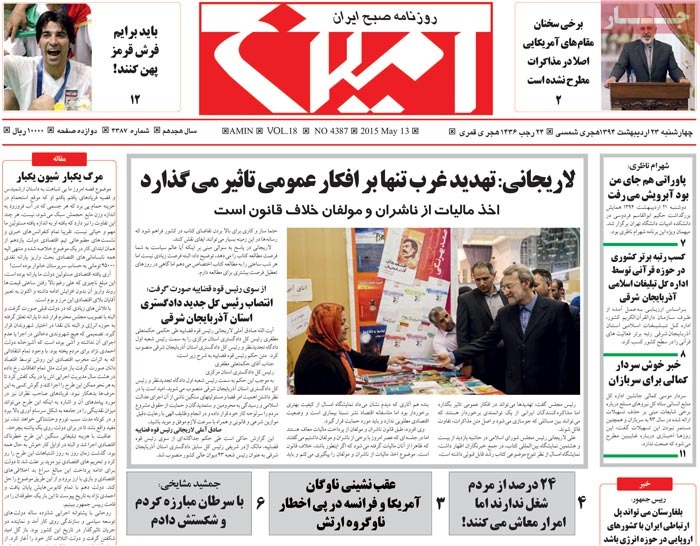 Asrar: “It is wrong to suggest that criticism has red lines,” said Tehran MP Ali Motahari. 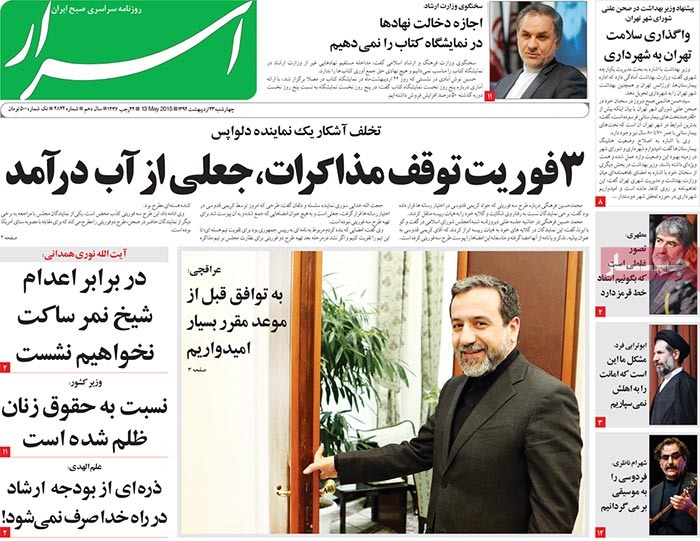 The installation comes after a 10-year delay.

Ebtekar: “I’m doing fine,” said the director of the Atomic Energy Organization of Iran after undergoing surgery at a Tehran hospital. 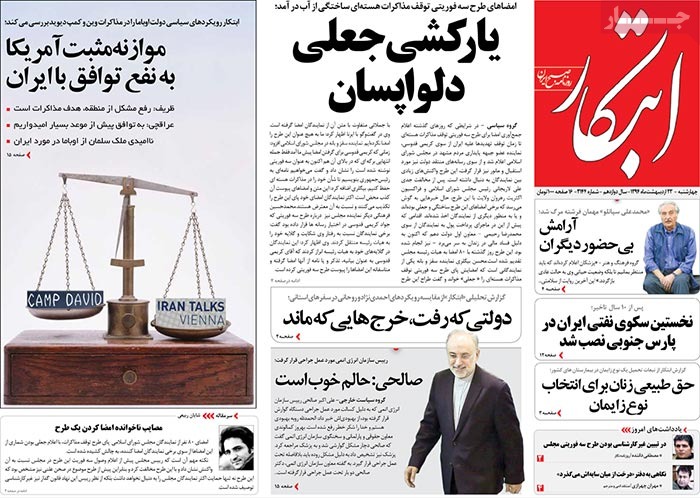 Emtiaz: The Health Ministry has warned about the increase of Malta fever cases in the country.

Emtiaz: The ministry of industries aims to have three million cars produced locally. 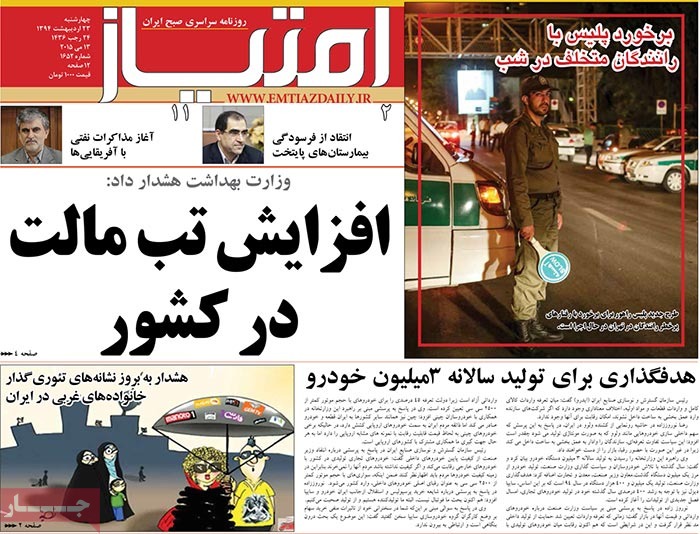 Etemad: The fake signatures of a motion filed by the Worriers in parliament.

The MPs who signed the motion that would require a halt to nuclear talks withdrew their signatures.

Some MPs say that they were told they were signing a statement not a motion by the sponsors of the bill. 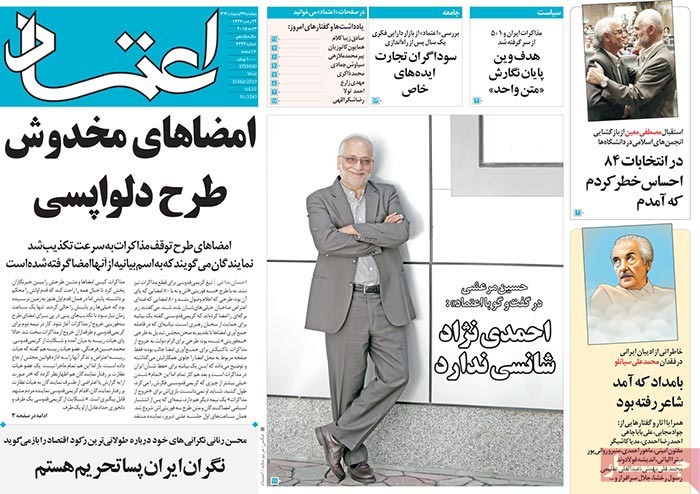 Ettela’at: “In the crackdown on rent-seeking, there are legal loopholes,” said First Vice-President Eshagh Jahangiri. 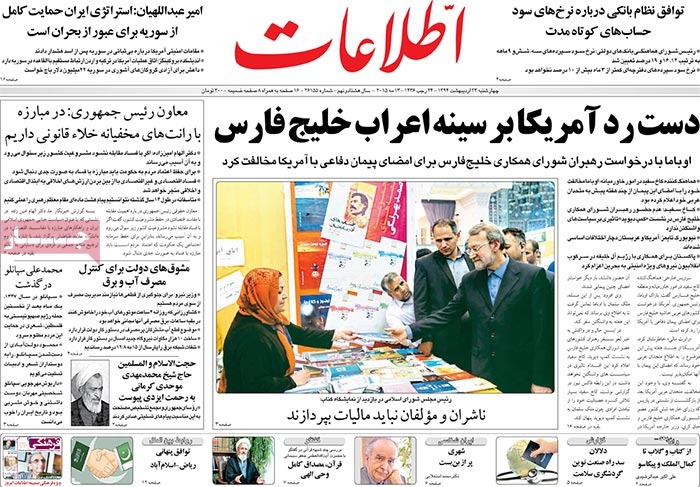 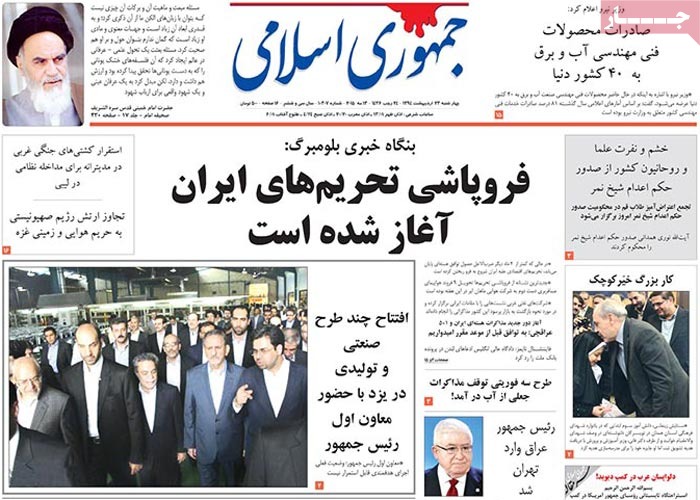 Kayhan: The IAEA chief has administered the coup de grace to optimists by saying that Iran will have to accept inspection of its military sites. 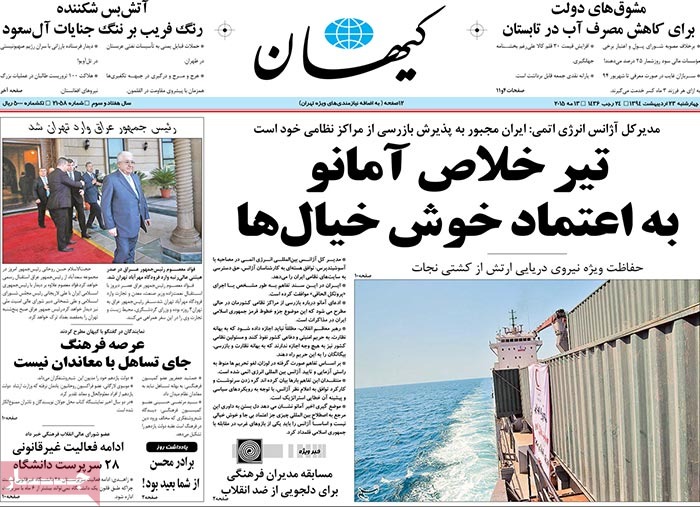 Shahrvand: As an Iranian ship laden with humanitarian aid has set sail for Yemen, the Saudis have upped the blustery rhetoric. 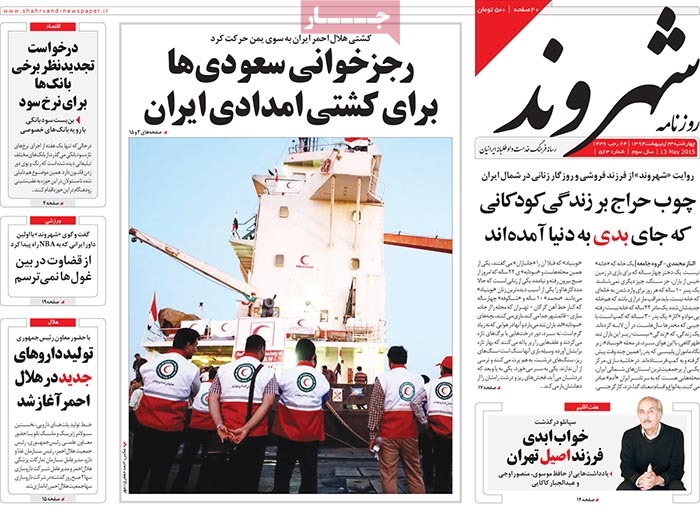