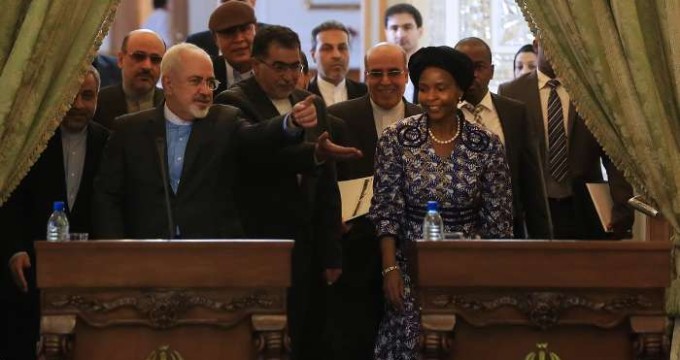 Zarif: Final nuclear agreement must be based on Lausanne text

Tehran, May 11, IRNA – Iran will yield to no type of totalitarianism; the agreed concepts are those confirmed by the two sides in Lausanne must be included in Iran-Sextet final agreement, Foreign Minister Mohammad Javad Zarif said on Monday.

The Iranian foreign minister made the remarks in a joint press conference with visiting South African Foreign Minister Maite Nkoana-Mashabane.

Responding to a question posed by a reporter that in Lausanne the two sides reached a conceptual framework, but not an agreement, he said, ‘It is now time for drafting the final agreement based on that conceptual framework, and this is a complicated legal phase, in which various expressions might naturally be used that need detailed elaboration,’ he added.

Asked about senior negotiator Abbas Araqchi’s comments that the US Congress will delay reaching the final agreement for a two-moth period and whether the congressional plan will affect the negotiations, he said that the US Congress plan cannot provide immunity for the US administration to ignore its commitments.