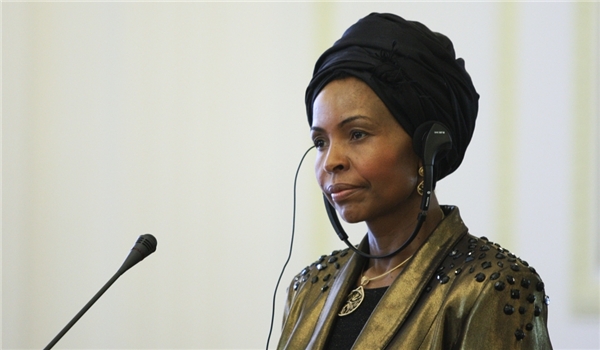 TEHRAN May 11(Shana)–South African foreign Minister Maite Nkoana-Mashabane has said her country will not wait for sanctions to be lifted on Iran.
In a meeting with the head of Iran Chamber of Commerce, Gholam-Hossein Shafei, she said that the sanctions on Iran would not affect South African trade with the Islamic Republic.

She described the sanctions slapped on Iran as illogical, unjust, unilateral and illegal.

She is leading a high-ranking South African economic delegation, comprising 45 senior officials and 60 economic activists, to Iran.
The South African minister noted that Tehran and Pretoria are determined to broaden economic cooperation.