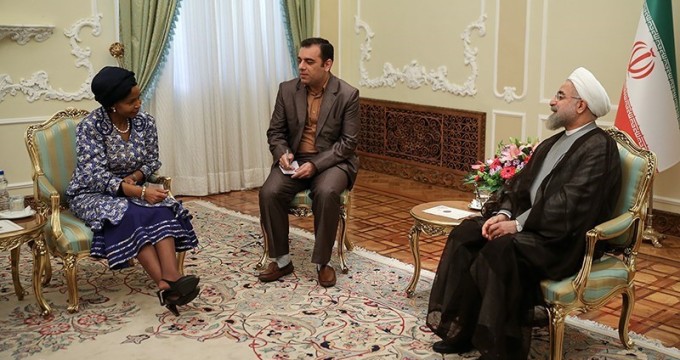 During the meeting in Tehran on Monday, Rouhani said there are good grounds for boosting cooperation between the two countries at bilateral and multilateral levels.

“The Islamic Republic of Iran is ready to further increase consultations and mutual cooperation,” the Iranian president said.

Tehran is willing to expand economic relations with Pretoria, he stated, adding that the ties should develop with a good momentum.

The South African minister, for her part, emphasized that the two countries should use the “good political relations” for boosting economic ties.

“Today, we are conveying the message of goodwill, solidarity, partnership and extensive cooperation between South Africa and the Islamic Republic of Iran,” she said.

Iranian President Hassan Rouhani, who took office in August 2013, has repeatedly stressed his government’s interest in boosting relations with the African states.