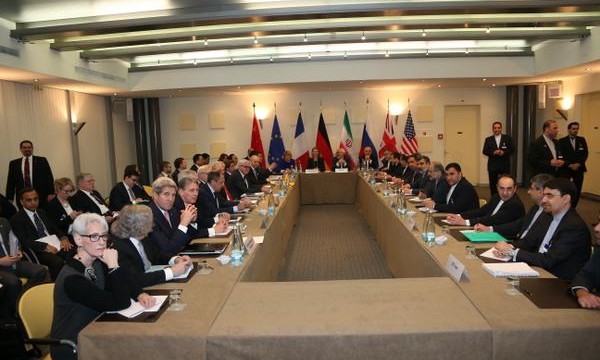 Beyond the Iran nuclear deal

President Obama’s meeting with Arab leaders this week is an opportunity to reassure the deeply skeptical Gulf states that America’s engagement and probable nuclear deal with Iran is not a threat but an opportunity for regional stability.

Iran is a Shiite nation; the Gulf states are majority Sunni, and the closer Iran and the big powers get to a deal (the self-imposed deadline is June 30) the more anxious the Sunni leaders have become. On this score, Mr. Obama can offer a convincing response: an Iran restrained by a strong and verifiable nuclear agreement is a lot less threatening than an unfettered Iran.

But there is another aspect to the deal that has unsettled Gulf leaders. In exchange for limitations on its nuclear program, Iran will be freed from economic sanctions, thus unleashing billions of dollars in frozen assets and new foreign investments. The Gulf states fear this could strengthen Iran’s influence in the region and give it more resources to support militant groups like Hezbollah and continue its meddling in Iraq, Yemen and Syria, where, with Russia, it is a major enabler of President Bashar al-Assad of Syria.

They also worry that the United States, eager to end three decades of hostility with Iran, can no longer be counted on to guarantee their security. Here Mr. Obama’s answer is a bit more complicated. He is expected to make more explicit the security assurances, but he should flatly reject any idea of a formal pact similar to that of the North Atlantic Treaty Organization that some Arab leaders have pressed for. The United States must be extremely cautious about being dragged into Middle East conflicts.

Getting the balance right won’t be easy. It is one thing for Mr. Obama to say the United States will defend Saudi Arabia against an invasion by Iran. But what would America’s responsibility be if Iran uses proxies to stir trouble in Saudi Arabia, which is a more plausible scenario? There should be a clear understanding that America will not defend any of these regimes against their domestic political opponents.

The United States has already sold billions of dollars in weapons to the Gulf states and held scores of joint military exercises. More aid, and more joint exercises, lie ahead. The most important step now is to integrate the Gulf nations’ military systems so they can better defend themselves.

Iran is not the only threat the Gulf states face, or even the main one. As Mr. Obama told The Times’s Thomas Friedman, there are internal threats — “populations that, in some cases, are alienated, youth that are underemployed, an ideology that is destructive and nihilistic, and in some cases, just a belief that there are no legitimate political outlets for grievances.” Few people see democracy taking root in the region anytime soon, but the political systems have to be made more inclusive, including for Islamists.

There is one other important point Mr. Obama can make: Iran is too often discussed as a force to be contained. Iran’s history certainly does not inspire confidence. But as Ellen Laipson, president of The Stimson Center, a think tank, has argued, the nuclear deal should be seen as “a great moment of opportunity” for the Arabs (with Israel’s tacit agreement) to embark on new regional ventures with Iran on energy, climate change, water scarcity and arms control.

If the nuclear deal is completed, the administration would try to encourage Iran to play a more constructive role in Syria. Many are skeptical that this will produce results, but testing the possibility of expanded cooperation beyond the nuclear deal is certainly worth the effort.