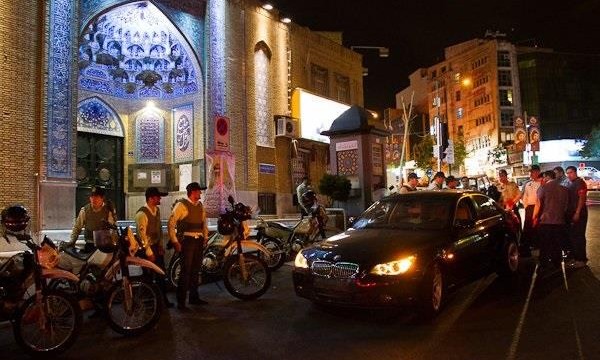 Tehran, May 9, The Iran Project – Tehran traffic police chief has said that a crackdown on those who “drive around aimlessly after dark” has gotten underway, Khabaronline reported.

Following some fatal car crashes in the past few days, Iran Police Force has promised to organize night-time traffic and crack down on those who make the streets insecure by driving around their luxury cars aimlessly.

“One of main missions of the Iran’s Police Force is to confront young rich people showing off their wealth by driving luxury cars and making the streets insecure, Ayatollah Seyyed Ali Khamenei, the Supreme Leader of the Islamic Revolution said  in a gathering of Iranian police commanders and officials, held in Tehran on April 26.