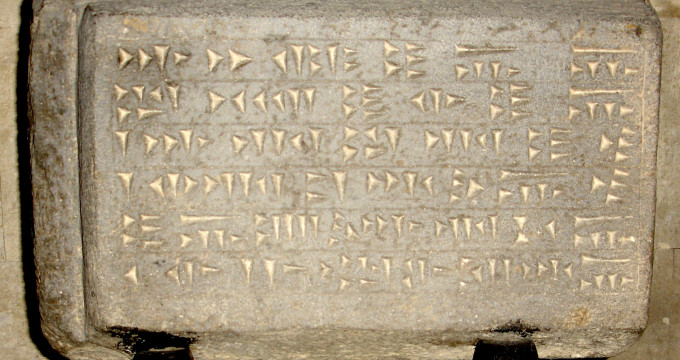 Atlas of Iranian languages, coins to be compiled

The Linguistic, Inscriptions, and Scripts Research Institute of Iran announced Monday that it has begin work on creating an atlas of Iranian languages and inscriptions along with an encyclopedia of Iranian coins, ILNA reported.

“Plans for these projects began last year and they are expected to be completed by 2017,” said Mojgan Esmaeili, director of the institute.

The activities of the institute, which is affiliated with the Research Institute of Cultural Heritage and Tourism (RICHT), fall into three research categories: ancient cultures and languages, scripts and inscriptions from Islamic era, and languages and dialects. The institute also organizes workshops on relevant topics for researchers and academicians, as well as other interested individuals.

Elaborating on the institute’s research into ancient cultures and languages, Esmaeili said that their research focuses on the recognition of ancient writing systems through the examination of aged inscriptions and manuscripts.

Among the institute’s completed projects, composition of a book on Sassanid coins in Urumia Museum; revision of the Urartian inscriptions of the Lake Van region in East Azerbaijan Province; and compilation of an Aramaic grammar book stand out.

“This year’s projects include a comprehensive research on coins belonging to the Parthia era, translation and interpretation of Urartian hieroglyph inscriptions, and Pahlevani and zoorkhaneh rituals,” she stated.

Pahlevani and Zoorkhaneh rituals is the name given to a traditional Iranian system of athletics originally used to train warriors. It combines martial arts, calisthenics, strength training and music. Recognized by UNESCO as among the world’s longest-running forms of such training, it fuses elements of pre-Islamic Persian culture with the spirituality of Shia Islam and Sufism.

Preserving oral linguistic heritage, such as storytelling and folklore, is a priority of the languages and dialects research group at the institute, said Esmaeeli, adding that the group is still working on the atlas of languages. “The group is also compiling a glossary for Shahmirzadi dialect.”

The fourth volume of the book ‘Takht-e Foulad’ – the historical bed of Isfahan – will be published by the research group for Islamic period scripts and inscriptions later this year.

Takht-e Foulad is a historical cemetery in Isfahan Province, which is at least 800 years old. During the the Ilkhanid era in the 13th century, Takht-e Foulad was the most important cemetery in the province, and many famous personalities of the time have a mausoleum in this cemetery.

The group is also compiling a book on Persian language rhetoric and inscriptions from Adil Shahi dynasty in India, which ruled the Sultanate of Bijapur in the 15th and 16 centuries.

“Furthermore, a research project on the history of Tehran according to foreign travelogues in 19th century is underway in the institute,” she noted.