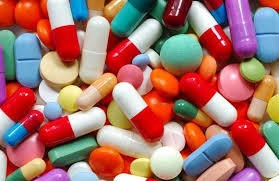 Iran to produce US-, Europe-licensed drugs

Iran will open a production line for branded generic drugs licensed by European and American companies on Thursday, a local formulator says.

The plant in Saveh, about 100 km southwest of Tehran, has been built with $8 million of investment, CEO of Behestan Pharmaceutical Co. Mehdi Balochestani said.

It will initially produce 12 brands of drugs for treatment of diabetes, neurological diseases, inflammations and prostates, which will be on pharmacy shelves in the next two months.

Five more products for special medical conditions will be added to the list in the next five years, Balochestani said.

They will be produced “under the license of reputable European and American companies”, he said without naming them.

Balochestani said a series of courses will also be held for Iranian specialists in the Netherlands and Germany for transfer of technology.

The production includes imports of semi-manufactured drugs which will be formulated, processed and packaged in Iran.

“The products will be available under insurance coverage with better quality and a 10% price discount,” Balochestani said.

The 100-year-old pharmaceutical industry in Iran is relatively advanced for a developing country, although it is limited to formulation of generic drugs and imports of new and hi-tech medical products.

There are as many as 65 pharmaceutical companies in Iran.

The government has dedicated significant resources to the sector in recent years as part of its policy to make medicine accessible and affordable.

Iranian patients experienced a period of acute shortages after the Europeans and the US intensified their sanctions on the country, which exhausted supplies of life-saving drugs.

Iran’s pharmaceutical market experienced a sharp growth last year, rising to $1.2 billion. There are as many as 65 pharmaceutical companies in the country, but their operations are basically limited to local formulation.

In recent years, Iranian private companies have started production of biological pharmaceuticals. The country has also a relatively advanced herbal medical basis thanks to its vast floral resources.

The pharmaceutical industry is regulated by the government, where production and importation of drugs is heavily subsidized.

While making them accessible and affordable, the state oversight has entailed in trafficking of drugs into Iran’s neighbors as well as emergence of black market and hoarding.

Iran's pharmaceutical industry, Iran’s scientific achievements May 7, 2015
Fmr. negotiator: Military option was ‘first option for US’
In memory of the spokesman of Iranian people and history