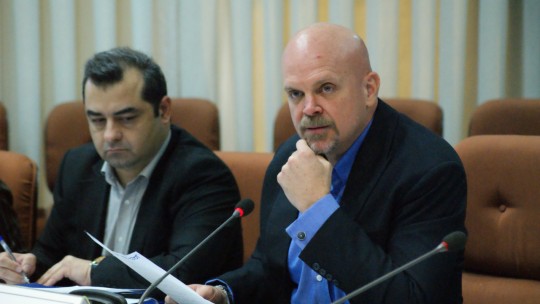 Iran could turn into research hub on regional environment: Official

Tehran, May 6, IRNA – Presidential Office Chief of Staff Mohammad Nahavandian said Iran has the capacity to turn into the research hub for regional environmental issues.

He made the remarks in a meeting with the United Nations Resident Coordinator in Iran Gary Lewis here on Tuesday.

Given Iran’s extensive scientific and research capabilities, he said, Iran could function as a hub for scientists and researchers for regional countries.

Referring to the most prominent environmental problems in the region, he outlined Iran’s programs to address them particularly in the area of fighting particles.

Nahavandian also pointed to Iran’s struggle against drugs traffickers and regretted that the military presence of foreign countries in the region including in Afghanistan led to even adverse situation for all regional countries like Iran.

The UN official hailed Iran’s efforts in fighting illicit drugs and said Iran was the most serious country in this regard.

He said he was quite aware of Iran’s extensive anti-drugs programs and praised the efforts of the sitting government in Iran in this regard.

Turning to the issue of environmental pollution, he briefed the Iranian official on the UN programs in Iran in the three areas of forestation, air and water pollution and tiny particles.

He also said he was keen to suggest ceremonies in Iran to celebrate the 70th establishment anniversary of the United Nations.