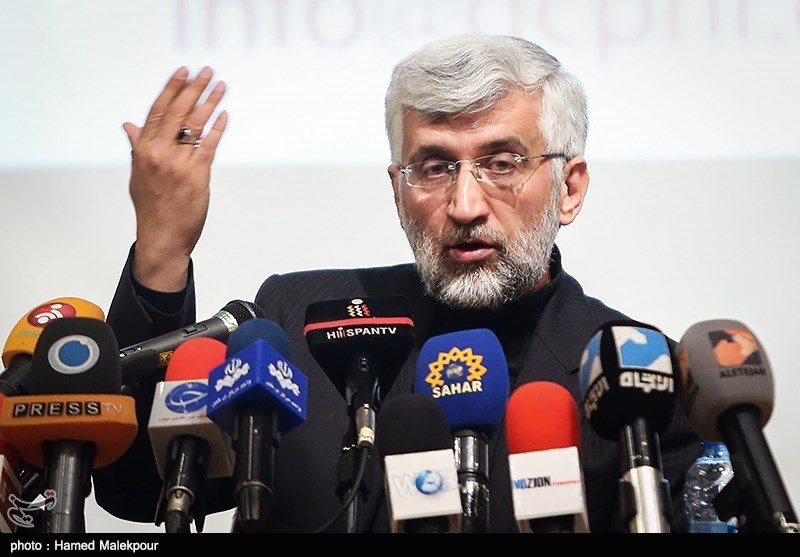 Fmr. negotiator: Military option was ‘first option for US’

GORGAN, May 06 (MNA) – Iran’s former chief nuclear negotiator has told a meeting in Gorgan ‘military option’ was the US first choice in the past.

Saeid Jalili, who was addressing a meeting in Imam Sadeq (sa) Seminary School in Gorgan, northern province of Golestan on Tuesday, told the meeting that the military option was the US first choice, and that the enemy had understood the scope of ‘our strength,’ and had sought to change the situation in turning opportunities to threats; “our nation should know that religious beliefs are very important; this is important that we have hailed the God’s and His prophet’s call,” he said, “that they would use military option against Iran goes back to the past when the option was their first choice; when they used it during 8 years of imposed war (with Saddam Hussein’s Iraq); all the enemy’s effort is to conceal our triumphs, and not to let our nation know well their strengths,” said the member of the Expediency Council.

“Iran’s power now is in the process of making; why the summit of six world countries would discuss Iran’s nuclear program, while they have enjoyed it themselves?” Jalili asked rhetorically, “Pakistan has tested nuclear warheads and would not receive a resolution condemning its act as provocative; why all their attention is focused on Iran?” he continued.

“The 20-per cent uranium enrichment would provide medical radiopharmaceuticals for 850,000 Iranian patients, which they used as a pressure stick against us and our nuclear program; however, our pious scientists worked hard to bring it as a gift for Iranian nation,” Jalili paid tribute to nuclear martyrs.

“They said sanctions targeted Iran’s defensive section, while we made the most progress in the very section; the enemy would raise the costs of fighting and effectively turn the opportunities into threats; the best way to neutralize it is our best knowledge of our strengths,” he concluded.