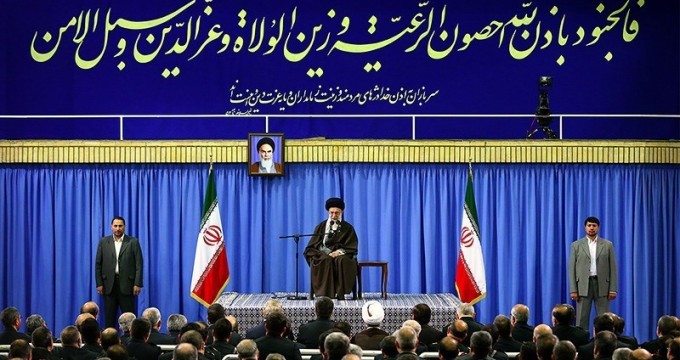 Tehran, May 6, IRNA – A group of teachers from all parts of the country met the Supreme Leader of the Islamic Revolution Ayatollah Seyyed Ali Khamenei on Wednesday.

The meeting took place on the occasion of the National Teacher’s Day which is held nationwide every year to commemorate the martyrdom anniversary of Ayatollah Morteza Motahhari.

Ayatollah Motahhari was assassinated on May 1, 1979 by a member of the terrorist group of Forqan.

Mottahhari, a winner of the UNESCO Prize in 1965, was a cleric, philosopher, lecturer, and politician who emphasized on teaching rather than writing.

His martyrdom anniversary is marked in Iran as the National Teacher’s Day.