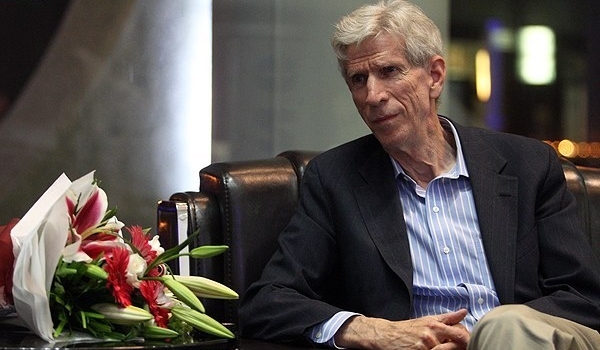 American historian discusses ‘why Iran must remain a US enemy’

TEHRAN (Tasnim) – An American investigative journalist and historian in an article explains why US politics demands the government to consider Iran as an enemy of the United States.

Gareth Porter, who specializes in US national security policy, has written the following article in Al Jazeera’s website on Iran-US relations and the complexities underlying the ties:

Since the start of the US nuclear negotiations with Iran, both Israeli and Saudi officials have indulged in highly publicized handwringing over their belief that such a nuclear deal would represent a fundamental strategic shift in US policy towards the region at the expense of its traditional alliances with Israel and Saudi Arabia.

But the Obama administration is no more likely to lurch into a new relationship with Iran than were previous US administrations. The reason is very simple: The US national security state, which has the power to block any such initiative, has fundamental long-term interests in the continuation of the policy of treating Iran as an enemy.

Some in the Israeli camp have spun elaborate theories about how the Obama administration’s negotiations with Iran represent a strategic vision of partnership with the Iranian regime.

Typical of the genre is former Bush administration official Michael Doran’s speculation in February that US President Barack Obama based his policy of outreach to Tehran on the assumption that Tehran and Washington are “natural allies”.

The Saudi response to the negotiations has been, if anything, even more extreme. Prince Turki al-Faisal, the former head of Saudi intelligence, who speaks more candidly in public than any other Saudi public figure, told an audience at London’s Chatham House last month, “The Americans and Iranians have been flirting with each other. Now it seems each side is anxious to get over the flirtation and get to the consummation.”

Behind the sexual metaphor lie Saudi fears of a “grand bargain” under which Iran would forgo nuclear weapons in return for ratification of Iranian hegemony over Iraq, Syria, Lebanon, and the (Persian) Gulf.

But these Israeli and Saudi imaginings are divorced from the reality of the Obama administration’s actual Iran policy. Far from the Nixon-like fundamental strategic revision, as the Netanyahu camp and the Saudis have suggested, the Obama administration’s diplomatic engagement with Iran over its nuclear program represents a culmination of a series of improvised policy adjustments within an overall framework of coercive diplomacy towards Iran.

Despite Obama’s embrace of diplomatic engagement with Iran as a campaign issue in 2008, when he entered the White House his real Iran policy was quite different. In fact, Obama’s aim during his first term was to induce Iran to accept an end to its uranium enrichment program.

Even as Obama was offering “unconditional talks” with Iran in a letter to Supreme Leader (Ayatollah) Ali Khamenei in 2009, he was already pursuing a strategy of multiple pressures on Iran to agree to that US demand.

Obama’s strategy of coercive diplomacy involved plans for more intrusive and punishing economic sanctions, a secret NSA program of cyber-attacks against the Natanz enrichment facility and political/diplomatic exploitation of the threat of an attack on Iran’s nuclear facilities by the Netanyahu government in Israel.

Obama made no serious effort to negotiate with Iran until 2012, when he believed the new sanctions that were about to take effect would force Iran to agree to suspend enrichment indefinitely. He dropped that demand in 2013, only because Iran had increased the number of centrifuges in operation from 4,000 to 10,000 and had begun enriching to 20 percent.

Since the beginning of the negotiations, moreover, senior administration officials have repeatedly affirmed the policy of treating Iran as a state sponsor or terrorism and a “troublemaker” and destabilizing factor in the Middle East.

In his April 7 interview with National Public Radio Obama said, “I’ve been very forceful in saying that our differences with Iran don’t change if we make sure that they don’t have a nuclear weapon – they’re still going to be financing Hezbollah, they’re still supporting Assad dropping barrel bombs on children, they are still sending arms to the Houthis in Yemen that have helped destabilize the country.”

At a deeper level, the most important factor in determining the policy of the US towards Iran is domestic electoral and bureaucratic politics – not Obama’s personal geopolitical vision of the Middle East. The power of the Israeli lobby obviously will severely limit policy flexibility towards Iran for many years. And the interests of the most powerful institutions in the US national security state remain tied to a continuation of the policy of treating Iran as the premier enemy of the US.

Since 2002 the US Department of Defense has spent roughly $100bn on missile defense, most of which goes directly to its major military contractor allies. That bonanza depends largely on the idea that Iran is intent on threatening the US and its allies with ballistic missiles.

But an even bigger bonanza for the US arms industry is at stake. Saudi Arabia and other (Persian) Gulf regimes in the anti-Iran alliance have been pouring big money into Pentagon arms contractor coffers for years. A deal with Saudi Arabia for fighter planes and missile defense technology first announced in 2010 was expected to yield $100-150bn in procurement and service contracts over two decades. And that tsunami of money from the Gulf depends on identifying Iran as a military threat to the entire region.

These sales are now integral to the health of the leading US military contractors. Lockheed, for example, now depends on foreign sales for as much as 25-33 percent of its revenue, according to the Times story.

So the Israeli and Saudi fear of a supposed Obama shift in alliances doesn’t reflect fundamental domestic US political realities that are not likely to change for the foreseeable future.