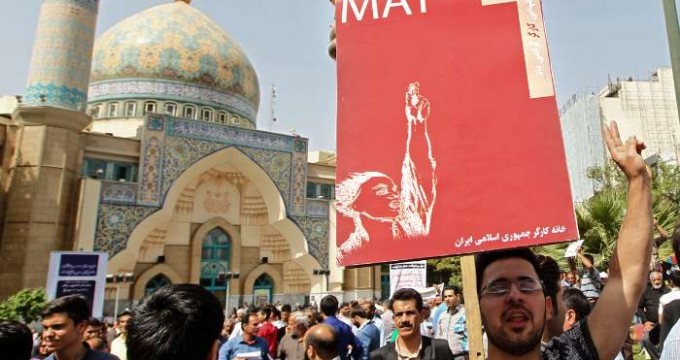 Tehran, May1, IRNA – A large number of Iranian workers from different units held a rally on the occasion of the international Labor Day in Tehran on Friday.

Before starting their rally, the Iranian workers gathered in front of the Workers House in Abu Reihan street and then began walking towards Enghelab avenue and Palestine square.

Sadeqi called for more attention to be paid to the living conditions of Iranian workers.

A group of workers carrying placards called for social security services for the construction workers, job security for workshops, recruiting Iranian workers instead of foreign workers.

The Iranian workers issued a resolution at the end of their rally which was read out by Head of Veteran workers association.

Hassan Rouhani, International Labor Day, iranian workers, Rouhani Administration May 2, 2015
US, Iran at odds over sanctions relief: Was making it public a mistake?
Talks to continue until Tuesday for total removal of sanctions