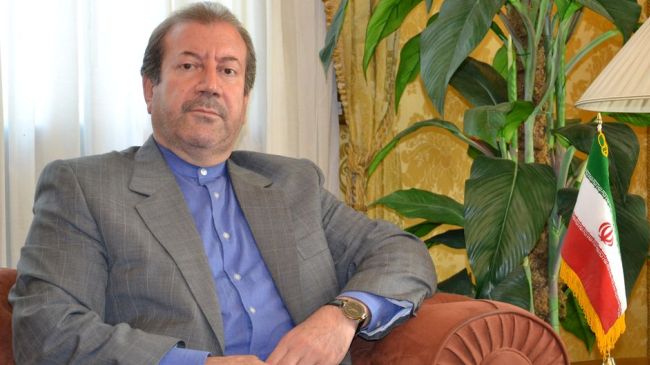 Expo Milano 2015, a window of opportunity for Iran to present its potential

The Iranian envoy in Italy has said that Eastern and Western investors are invited to Iran and do business in a healthy and secure atmosphere.

The Iranian ambassador to Rome has said that Iran has decided to take part in Expo Milano 2015 to present its potential and introduce to the world its culture and traditions.

Jahanbakhsh Mozaffari made the remark Wednesday, adding people from around the world can get familiar, firsthand, with Iran’s handicrafts, food products, tourism attractions as well as its historical and cultural works.

The following is a partial translation of what else the Iranian ambassador to Italy said as reported by the Islamic Republic News Agency:

He said that ties between Iran and Italy are satisfactory, especially on trade, tourism and cultural fronts, hoping the new opportunity [Expo Milano 2015] could set the stage for developing mutual cooperation and bringing the two nations closer together.

Like in the past, the Islamic Republic of Iran is willing to tap into its abundant energy resources and huge investment potential and invite economic players from the East to West to the country where they can do business in a healthy and secure atmosphere and make profits, he said.

Expo Milano 2015 will open on May 1 and run through October 31. Iran’s Minister of Industries, Mines and Trade Mohammad Reza Nematzadeh will attend the opening of the six-month international event.

Expo Milano 2015 will bring together 145 countries together with three international organizations and will draw an estimated 20 million visitors. “Feeding the planet, energy for life” is the theme of the 2015 international exhibition in Milano.
This article was translated by IFP from Islamic Republic News Agency (IRNA)